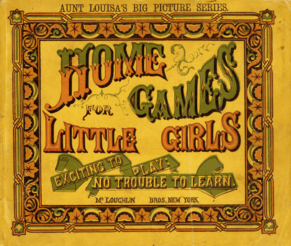 Laura Belinda Charlotte Jewry was born at the Victory in England. Her father, Admiral Jewry, served in the English navy. At an early age, she connected with the Lord Elphinstone family. She spent her maiden life in India till she married Reverend Richard Valentine, a clergyman of the Church of England. Within 12 months of their marriage, she was widowed.

Her literature often was educational, told of travel, or described the London scene. As an adult novelist, Laura Valentine specialized in florid historical romance. Her main novels were Kirkholme Priory (1847), The Vassal (1850), and the Cup and the Lip (1851). Valentine expressed an expertise in Shakespeare, editing "The Works of William Shakespeare" and creating a number of children's versions of Shakespeare plays including The Merchant of Venice and The Tempest. Professionally, Valentine was one of the chief editors of Frederick Warne & Co and the sole editor of Girl's Home Book and The Chandos Classics. Most of Valentine's work was published through Frederick Warne & Co and T. C. Newby.

Valentine died at the age of 84 still an active writer. She was survived only by her sister Mary Jewry for five or six years.

All content from Kiddle encyclopedia articles (including the article images and facts) can be freely used under Attribution-ShareAlike license, unless stated otherwise. Cite this article:
Laura Valentine Facts for Kids. Kiddle Encyclopedia.