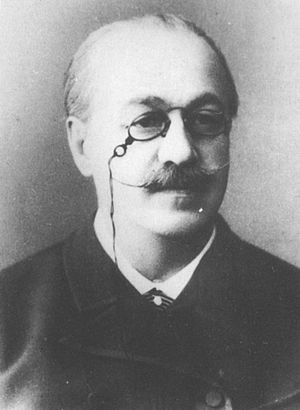 Lev Ivanovich Ivanov (1834-1901) was a Russian ballet dancer and choreographer. He became Second Balletmaster of the Imperial Ballet. Ivanov is credited with choreographing The Nutcracker in 1892 due to the ill health of Ballet Master Marius Petipa. The extent of his work is disputed. Only Pepita's name appeared on posters for the first production. Ivanov also worked with Petipa on a restaging of Swan Lakein 1895. He choreographed Acts 2 and 4, and the Italian and Hungarian dances in Act 3. Other ballets choreographed by Ivanov as the Second Balletmaster to Petipa include "The Enchanted Forest" (1887), and "The Tulip of Haarlem" (1887). Ivanov is credited with the choreography for the "Polovetsian Dances" in the first production of Borodin's Prince Igor in 1890. Late in life, Ivanov petitioned the Imperial Theatres for financial assistance on the strength of his 50 years of service. He died in poverty.

All content from Kiddle encyclopedia articles (including the article images and facts) can be freely used under Attribution-ShareAlike license, unless stated otherwise. Cite this article:
Lev Ivanov Facts for Kids. Kiddle Encyclopedia.