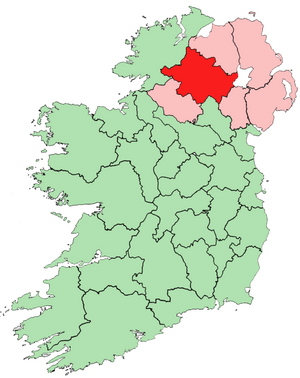 This is a list of Grade A listed buildings in County Tyrone, Northern Ireland.

In Northern Ireland, the term listed building refers to a building or other structure officially designated as being of "special architectural or historic interest". Grade A structures are those considered to be "buildings of greatest importance to Northern Ireland including both outstanding architectural set-pieces and the least altered examples of each representative style, period and type." Once listed, severe restrictions are imposed on the modifications allowed to a building's structure or its fittings. Listed building consent must be obtained from local authorities prior to any alteration to such a structure.

Following the introduction of listing, an initial survey of Northern Ireland's building stock was begun in 1974. By the time of the completion of this First Survey in 1994, the listing process had developed considerably, and it was therefore decided to embark upon a Second Survey, which is still ongoing, to update and cross-check the original information. Information gathered during this survey, relating to both listed and unlisted buildings, is entered into the publicly accessible Northern Ireland Buildings Database. A range of listing criteria, which aim to define architectural and historic interest, are used to determine whether or not to list a building.

All content from Kiddle encyclopedia articles (including the article images and facts) can be freely used under Attribution-ShareAlike license, unless stated otherwise. Cite this article:
List of Grade A listed buildings in County Tyrone Facts for Kids. Kiddle Encyclopedia.