All Four VLT Unit Telescopes Working as One

Astronomical telescopes are divided into subgroups. All telescopes work by collecting electromagnetic radiation and focussing it into an image which may be seen or photographed. The purpose is to see things which are far away in the universe.

The traditional types all work to collect visible light from the sky. Recent types may work outside the visible spectrum. They all have their different advantages and disadvantages and they are used in different areas of astronomy. 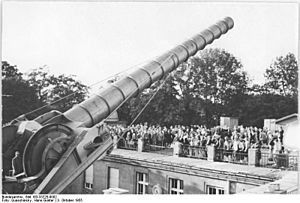 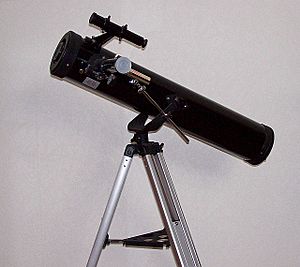 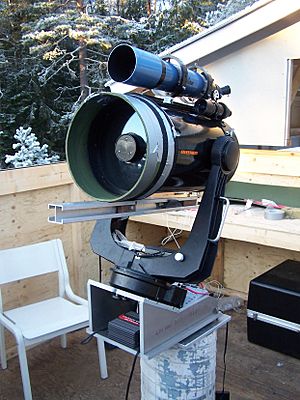 Dioptrics. Telescopes which create their image with an objective that is a convex lens (refractors) are said to be "dioptric" telescopes.

Catadioptric telescopes use corrector lenses to fix problems in a reflector.

Outside the optical spectrum

All content from Kiddle encyclopedia articles (including the article images and facts) can be freely used under Attribution-ShareAlike license, unless stated otherwise. Cite this article:
List of telescope types Facts for Kids. Kiddle Encyclopedia.