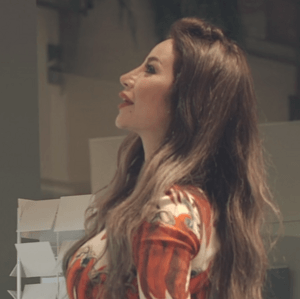 Lojain Omran (born 1977) is a Saudi Arabian television presenter and social media personality. She presents a show on a channel in Bahrain.

Omran was born in Jubail, Eastern Province, and had a career in banking before moving into television. Her younger sister is actress Aseel Omran.

She learned to drive when she moved to Bahrain in 2001, and in 2008, while living in Dubai, bought a Porsche Carrera which she had resprayed in pink with silver glitter and the slogans "Girls Rule" and "Angel".

Omran's TV programmes before Good Morning Arabs! included The Situation with Lojain, Ya Hala, Around the Gulf and World of Eve.

Forbes included her at number 55 in their 2017 list of 100 Arabic celebrities, one of five Saudi people listed.

She is reported to have 5.4 million followers on social media, and has been described as "one of the most influential media personalities in the Middle East",

Lojain Omran has more than 7 million followers on her Instagram account, and as one of the five "most popular fashion and beauty influencers" affecting millennials in the UAE. Gulf Business listed her as number 87 in its Arab Power List 2018, describing her as "Influencer / TV Host".

All content from Kiddle encyclopedia articles (including the article images and facts) can be freely used under Attribution-ShareAlike license, unless stated otherwise. Cite this article:
Lojain Omran Facts for Kids. Kiddle Encyclopedia.