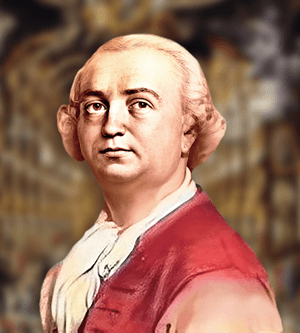 Probably first dancing in child rôles under the name "petit Dupré", he made his official débuts at the Académie royale de musique in 1714 and became its ballet master in 1739. From 1725 to 1730, he regularly put on productions in London, Dresden and at the Polish court. Until 1743 he was one of the principal professors at the dance school of the Opéra de Paris, where his students included Marie-Anne de Camargo, Gaétan Vestris, Jean-Georges Noverre, Maximilien Gardel and Jean-Baptiste Hus.

Casanova was one of his devoted admirers. Technically accomplished, he was an emblematic figure of French "belle danse", and in his time he was called "le Grand Dupré" and "god of the dance".

He composed several ballets for the students of the Collège Louis le Grand:

All content from Kiddle encyclopedia articles (including the article images and facts) can be freely used under Attribution-ShareAlike license, unless stated otherwise. Cite this article:
Louis Dupré (dancer) Facts for Kids. Kiddle Encyclopedia.