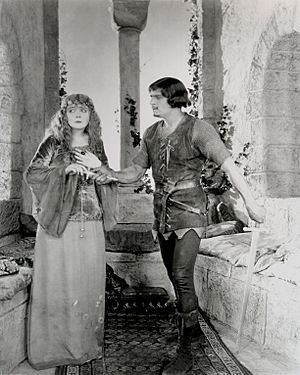 Maid Marian was the female companion of the outlaw Robin Hood. She appears in English folktales, though not in the oldest ones.

All content from Kiddle encyclopedia articles (including the article images and facts) can be freely used under Attribution-ShareAlike license, unless stated otherwise. Cite this article:
Maid Marian Facts for Kids. Kiddle Encyclopedia.