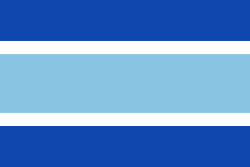 Marbella is a city and municipality in southern Spain, belonging to the province of Málaga in the autonomous community of Andalusia. It is part of the Costa del Sol and is the headquarters of the Association of Municipalities of the region; it is also the head of the judicial district that bears its name.

Marbella is near the Mediterranean Sea, between Málaga and the Strait of Gibraltar, in the foothills of the Sierra Blanca. The municipality covers an area of 117 square kilometres (45 sq mi) crossed by highways on the coast, which are its main entrances.

In 2012 the population of the city was 140,473 inhabitants, making it the second most populous city in the province of Málaga and the eighth in Andalusia. It is one of the most important tourist cities of the Costa del Sol and throughout most of the year is an international tourist attraction, due mainly to its climate and tourist infrastructure.

The city also has a significant archaeological heritage, several museums and performance spaces, and a cultural calendar with events ranging from reggae concerts to opera performances.

Marbella is protected on its northern side by the coastal mountains of the Cordillera Penibética and so enjoys a climate with an average annual temperature above 18 °C (64 °F). The highest peaks of the mountains are occasionally covered with snow, which usually melts in a day or two. Average rainfall is 628 l/m², while hours of sunshine average 2,900 annually.

All content from Kiddle encyclopedia articles (including the article images and facts) can be freely used under Attribution-ShareAlike license, unless stated otherwise. Cite this article:
Marbella Facts for Kids. Kiddle Encyclopedia.