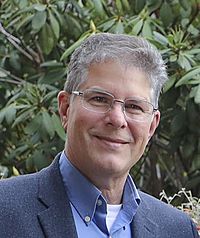 Warawa lived in Langley, British Columbia. He was married to Diane and had five children. In April 2019, it was announced that Warawa had been diagnosed with pancreatic cancer that had spread to his lungs, colon and lymph nodes. He died on June 20, 2019 in Langley, at the age of 69.

All content from Kiddle encyclopedia articles (including the article images and facts) can be freely used under Attribution-ShareAlike license, unless stated otherwise. Cite this article:
Mark Warawa Facts for Kids. Kiddle Encyclopedia.