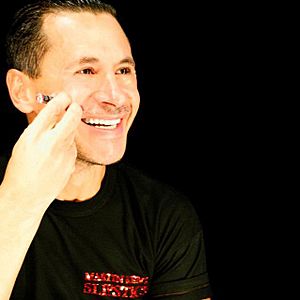 Martin Kent (Buenos Aires, 12 of april, 1967) is a standout Argentinian Actor and Mime Artist . An exponent of slapstick humor, it gained respected popularity thanks to the multiple characters of his creation.

Martin Kent is the stage name of Martín Miguens Latorre, a Hispanic-Argentine actor born in Province of Buenos Aires, from a family of artists.

Son of Margarita Latorre and Carlos Alberto Miguens, known singer of the city as "Cachito del Sur" Italian actor Gianni Lunadei and his godfather Jaime Torres influenced his childhood, where he began his studies of vocational theater for children at the Public Library and Mariano Moreno Cultural Complex in Bernal, with actress Sarah Krell who introduced him to the world of physical theater.

At the age of 17 (1985) as a teenager, his life took a radical turn and he met at the Maipo theater the master of transformism Frankie Kein, who together with the genius of dance and performance, the English artist Lindsay Kemp and the German Expressionism cinema were his greater artistic influence. He traveled to Ibiza in Europe with his uncle Hugo Miguens, a former member of the mythical Argentine folk music group "Los Bombos de Oro" 2 and his aunt, the actress Mirta Telleria, where he worked initially as an entertainer under the tutelage of the coach and coach. Vicky Borras in the hotel chain owned by businessman and spanish politician Abel Matutes.

In 1986 he produced his first show "Here is the Show" at the "Hotel Torre Del Mar" and "La Goleta" and adopted the stage name of Martín Kent, influenced by Kein, Kemp and Clark Kent, his idol and superhero of Superman's childhood and alter ego 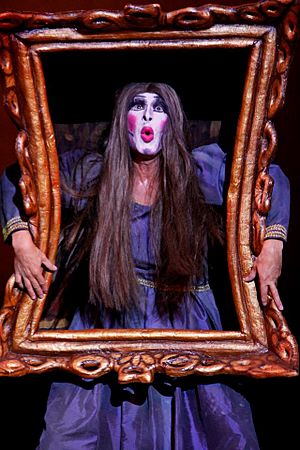 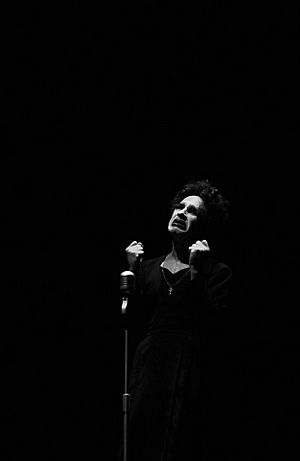 Martin Kent as Edith Piaf at the Edinburgh F. Festival 2018

In 1987, he was invited to perform at the Ibiza´s Casino alongside internationally renowned figures such as Boney M, The Drifters and The Platters for 3 consecutive seasons.

In 1989 he participated in a small appearance with British actress Angela Lansbury in the Hallmark Channel movie filmed on the island of Ibiza The Shell Seekers.

In 1991 he left Ibiza to settle in the city of Benidorm, an internationally famous leisure and entertainment center where he established himself as a benchmark show to date and mounted numerous Café-concert productions for important entrepreneurs in the city's entertainment industry.

Martin Kent as Edith Piaf in the TVE documentary 'The Man Who Bottled the Sun' by Óscar Bernàcer.

In 2019 Slipstick is invited to participate in the Hollywood Fringe Festival in California, United States.

Since 2012 he has been a vegan and activist for animal rights. He has been a spokesperson and member of PETA on several occasions and supports causes such as environmental conservation, veganism, as well as Amnesty International.

His theatrical performances include:

2018 Slipstick is Back! at The Edinburgh Fringe Festival23 (Scotland)

All content from Kiddle encyclopedia articles (including the article images and facts) can be freely used under Attribution-ShareAlike license, unless stated otherwise. Cite this article:
Martin Kent Facts for Kids. Kiddle Encyclopedia.