Mede is a comune (municipality) in the Province of Pavia in the Italian region Lombardy. It is located about 50 km southwest of Milan and about 35 km southwest of Pavia. As of 31 December 2004, it had a population of 6,993 and an area of 33.2 km².

Here is how the population of the town has changed over the last 140 years. 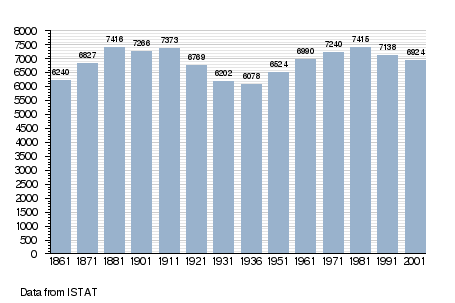 All content from Kiddle encyclopedia articles (including the article images and facts) can be freely used under Attribution-ShareAlike license, unless stated otherwise. Cite this article:
Mede, Lombardy Facts for Kids. Kiddle Encyclopedia.