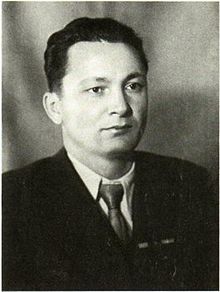 Mirsaid Mirshakar was the son of a farmer, born in the village of Sindev, Pamir, Russian Empire, now Gorno-Badakhshan Autonomous Province, Tajikistan. He graduated from the Central Soviet Party School in Dushanbe in 1930, and his works began to appear in print the same year. He became a member of the Communist Party of the Soviet Union in 1944 and was the People's Poet of the Tajik Soviet Socialist Republic in 1962.

From 1932–33, Mirshakar served as the editor of the newspaper Sokhtmoni Vakhsh. He wrote narrative poems glorifying historic events in the life of the Tajik people after the 1917 October Revolution. Mirshakar was considered one of the founders of Tajik children's literature. His writings for children were the subject of the doctoral thesis of literary critic Jonon Bobokalonova.

Mirshakar served as the executive secretary of the Writers’ Union in Tadzhik from 1940–1943 and from 1946–1959. He also served in a number of administrative positions including Chairman of the Supreme Soviet of the Tajik SSR. For his service as a poet, Mirshakar was awarded several state prizes for his works.

All content from Kiddle encyclopedia articles (including the article images and facts) can be freely used under Attribution-ShareAlike license, unless stated otherwise. Cite this article:
Mirsaid Mirshakar Facts for Kids. Kiddle Encyclopedia.