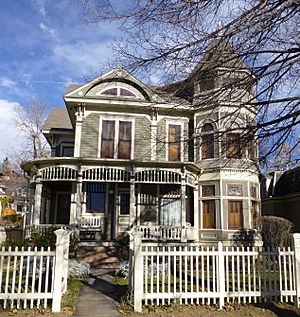 Mork and Mindy is an American television sitcom which ran from 1978-1982. It stars Robin Williams and Pam Dawber as the title characters. The series was made by Garry Marshall. Comedian Jonathan Winters has a recurring role in the series. Mork and Mindy is a spin-off from Marshall's other popular TV series, Happy Days. The plot of the series is that alien named Mork from a planet called Ork who travels to Earth and becomes friends with a woman named Mindy in Boulder, Colorado.