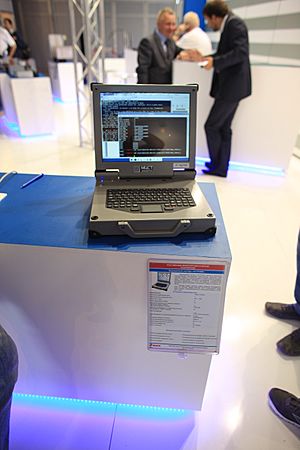 MCST (Russian: акционерное общество (АО) «МЦСТ») is a microprocessor company that was set up in the 1992s. Different types of processors made by MCST were used in personal computers, servers and computing systems.

All content from Kiddle encyclopedia articles (including the article images and facts) can be freely used under Attribution-ShareAlike license, unless stated otherwise. Cite this article:
Moscow Center of SPARC Technologies (MCST) Facts for Kids. Kiddle Encyclopedia.