Mount Douglas (SENĆOŦEN: pq̕áls or PKOLS) is a prominent, 225 m (738 ft) hill in Saanich, Greater Victoria, British Columbia. It is located in Mount Douglas Park in Saanich, BC, on the ancestral lands of the Saanich and Songhees people.

The aboriginal Saanich and Songhees people called the mountain PKOLS [pq̕áls], meaning "White Head" in SENĆOŦEN dialect. This mountain was a culturally significant gathering and meeting place of the SENĆOŦEN and Lekwungen peoples, a site for ceremonies and sharing important news.

In the mid-nineteenth century, it was called Cedar Hill, and was home to logging operations. Local mills supplied the growing city of Victoria, including the original Hudson's Bay Company fort, transporting lumber south along present day Cedar Hill Road. It was brought under protected status in 1889. Finding no cedars on the hill called "Cedar Hill," Captain Henry Kellett renamed it "Mount Douglas," as recorded in the Fort Victoria Journal by Roderick Finlayson. Although this informal renaming occurred in Douglas' lifetime (it was given the appellation "Mount" in order to honour the governor's status), the name "Mt. Douglas" was not officially adopted until 1910.

In 2013, an effort was started to reestablish its aboriginal name. The Reclaim PKOLS movement has appealed to the BC Geographical Names Office for a formal name change. There has yet to be an approval of this petition. 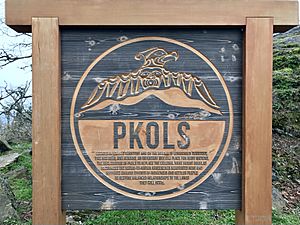 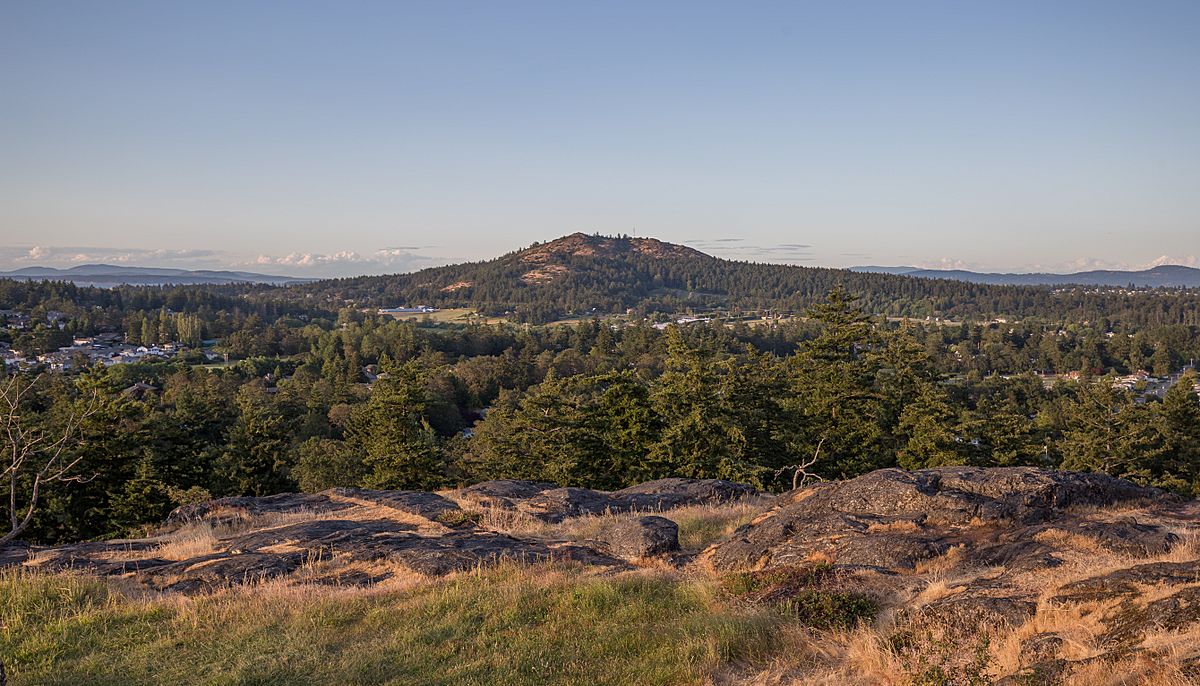 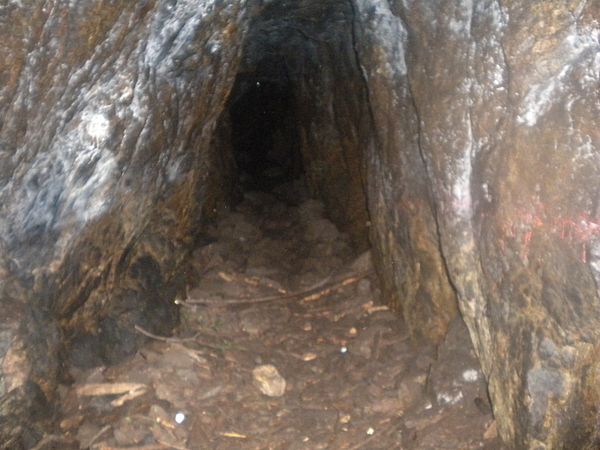 Inside of Mount Douglas Abandoned Mine.

Mount Douglas has many trails. One trail in particular, on its south side (near the north-most point of Glendenning Trail), has an old abandoned mine. The mine has a small entrance, but it opens up inside. The mine is about 50 to 60 feet (15.24 to 18.29 m) in length.

Mount Douglas–PKOLS is located in Mount Douglas Park in Saanich, BC. The park covers 188 ha. Mount Douglas Park was established first as a government preserve in 1858 and then set aside as a park in perpetuity in 1889. The city of Victoria managed the park until 1990 when it was transferred to the District of Saanich. 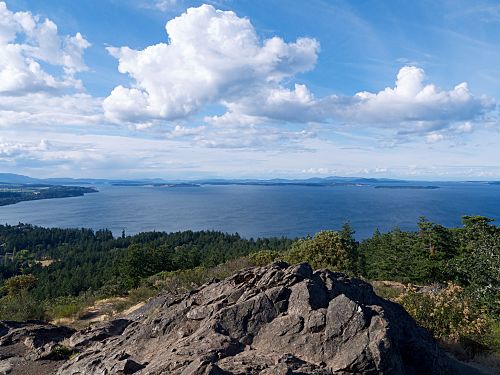 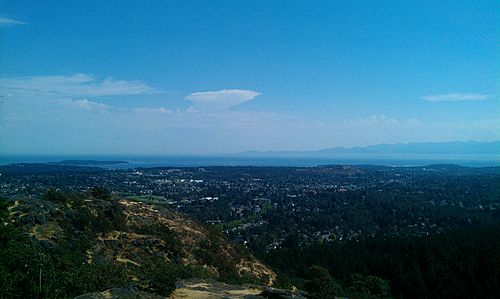 All content from Kiddle encyclopedia articles (including the article images and facts) can be freely used under Attribution-ShareAlike license, unless stated otherwise. Cite this article:
Mount Douglas, Saanich Facts for Kids. Kiddle Encyclopedia.