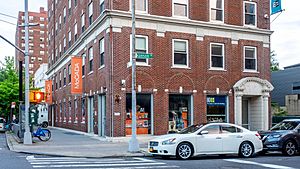 Museum of Contemporary African Diasporan Arts (MoCADA), is a museum of contemporary art located at 80 Hanson Place in Fort Greene, Brooklyn, New York City. It is the first museum of its kind to be opened in New York. 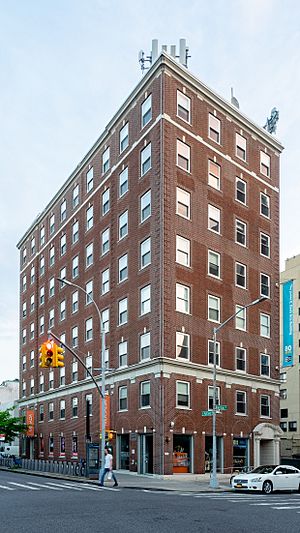 MoCADA was founded in 1999 by Laurie Cumbo in a building owned by the historical Bridge Street AWME Church in the heart of Bedford–Stuyvesant, Brooklyn.

In 2006, MoCADA moved to its current home, an expanded space at 80 Hanson Place, at South Portland Avenue, in Fort Greene, a historically black middle-class neighborhood in Brooklyn which is home to the Brooklyn Academy of Music (BAM) arts district. MoCADA has grown to accommodating many exhibitions throughout the year that highlight various identities of the African Diaspora.

Saying No: Reconciling Spirituality and Resistance in Indigenous Australian Art is an exhibition curated by Australian artist Bindi Cole. Based on Cole's previous exhibition in Australia, Saying No combines the religious ceremonial practices highlighted by Indigenous artist with the protest for Indigenous rights and visibility in the public imagaination. The curatorial statement is as follows: "The word 'no' does not exist in the Australian Aboriginal languages. Where it does exist, this powerful word is reserved for the elders and is used with great care and ceremony. As these languages reach the brink of extinction, indigenous Australian artists are using contemporary art to assert their identity and culture and say no to racism, land theft and colonialism in an urban world. Saying No features sculpture, installation, painting, photography, video, audio and mixed media works." Some of the exhibiting artists include Tony Albert, Vicki Couzens, Fiona Foley, Daniel Boyd and Maree Clark.

In 2012, the museum landed a $100,000 grant from the Rockefeller Foundation to pay for a two-year program that brought monthly concerts to public spaces in NYCHA Houses like Walt Whitman, Ingersoll, and Farragut in Fort Greene, Brooklyn. The concert series, titled "Public Exchange," attracted talented musicians and drew crowds up to 500 or 600. The following year in 2013, MoCADA launched another art performance series, Soul of Brooklyn, which is "a series of block-party style arts events meant to bring the community together and promote local businesses."

From 2001 to 2011, Cumbo served as a graduate professor in the Arts and Cultural Management program at Pratt Institute's School of Art & Design.

All content from Kiddle encyclopedia articles (including the article images and facts) can be freely used under Attribution-ShareAlike license, unless stated otherwise. Cite this article:
Museum of Contemporary African Diasporan Arts Facts for Kids. Kiddle Encyclopedia.