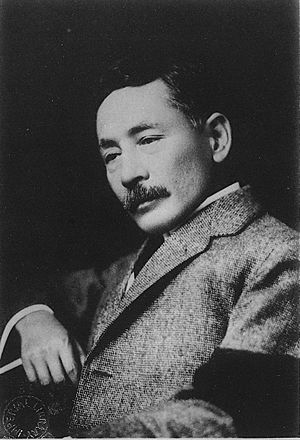 Natsume Soseki (February 9, 1867 – December 9, 1916), was a Japanese novelist and specialist of English literature. He is best known for his novel I Am a Cat. He was born in Tokyo, Japan. Natsume Soseki graduated from the University of Tokyo, and he was to become a school teacher. Also he was a master of Ryūnosuke Akutagawa.

All content from Kiddle encyclopedia articles (including the article images and facts) can be freely used under Attribution-ShareAlike license, unless stated otherwise. Cite this article:
Natsume Soseki Facts for Kids. Kiddle Encyclopedia.