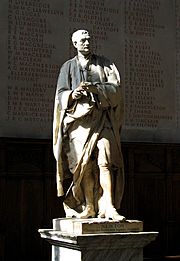 Statue of Isaac Newton in the chapel of Trinity College, Cambridge

Newton's universal law of gravitation is a physical law that describes the attraction between two objects with mass. It is talked about in Isaac Newton's Philosophiae Naturalis Principia Mathematica. The law is part of classical mechanics. 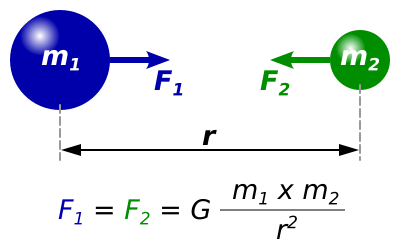 All content from Kiddle encyclopedia articles (including the article images and facts) can be freely used under Attribution-ShareAlike license, unless stated otherwise. Cite this article:
Newton's law of universal gravitation Facts for Kids. Kiddle Encyclopedia.