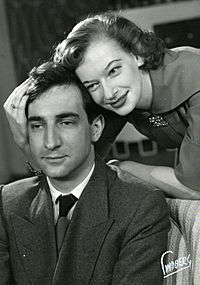 Nils Eklund (born 17 January 1927) is a Swedish actor. He has appeared in more than 50 movies and television shows since 1952. He was born in Stockholm.

He voiced dubbed Charles F. Muntz in the Swedish version of the 2009 Disney movie Up.

All content from Kiddle encyclopedia articles (including the article images and facts) can be freely used under Attribution-ShareAlike license, unless stated otherwise. Cite this article:
Nils Eklund Facts for Kids. Kiddle Encyclopedia.