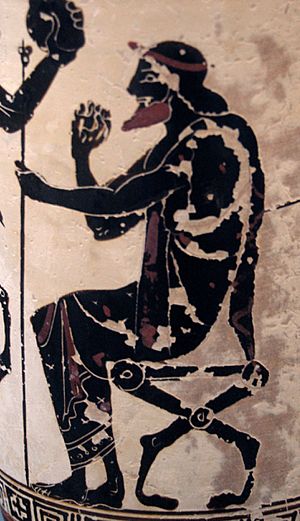 In Greek mythology, Oeneus (Ancient Greek: Οἰνεύς, Oineús) was a king of Calydon in Aetolia. He introduced the art of winemaking to the region. He learned it from the god Dionysus.

All content from Kiddle encyclopedia articles (including the article images and facts) can be freely used under Attribution-ShareAlike license, unless stated otherwise. Cite this article:
Oeneus Facts for Kids. Kiddle Encyclopedia.