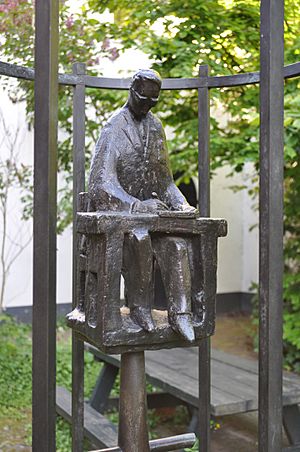 An official is someone who holds an office (i.e. function, mandate) in an organisation, of any kind. A public official is an official of central or local government. Officials may be appointed or elected to their office.

The term officer is close to being a synonym (but has more military connotations). A functionary is someone who carries out a particular role within an organisation; this is quite a close synonym for official, as a noun, but with connotations closer to bureaucrat.

All content from Kiddle encyclopedia articles (including the article images and facts) can be freely used under Attribution-ShareAlike license, unless stated otherwise. Cite this article:
Official Facts for Kids. Kiddle Encyclopedia.