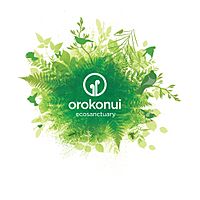 Orokonui Ecosanctuary, called Te Korowai o Mihiwaka in Māori, is an ecological island wildlife reserve developed by the Otago Natural History Trust in the Orokonui Valley between Waitati and Pūrākaunui, New Zealand, 20 km to the north of central Dunedin.

Formation of the trust

The idea of a sanctuary near Dunedin was first discussed in 1982 by New Zealand cartoonist Burton Silver and a few friends. The group made a proposal in July 1983 to convert a Dunedin fertiliser factory into a giant aviary. The proposal was later abandoned but inspired the formation in August 1983 of a charitable trust, the Otago Natural History Trust. Their initial proposal for a sanctuary at Orokonui lapsed and the group disbanded for a while until 1995, when the Karori Wildlife Sanctuary opened in Wellington. This gave the idea renewed impetus and a remaining trust member, Ralph Allen revived the proposal. The local Maori Runaka, Kati Huirapa of Puketeraki became supporters of the trust. 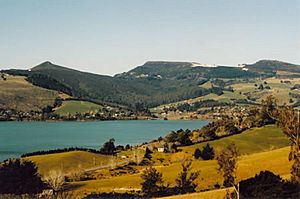 View across Blueskin Bay towards the forested Orokonui Valley

The Ecosanctuary is in a north-facing valley comprising about 250 hectare (ha) of regenerating native forest. The trust gained the use of the 230 ha Orokonui Conservation Area 20 km north of central Dunedin. The New Zealand Department of Conservation approved the trust's use of the land and completed a heads of agreement and the Orokonui site was visited on 27 April 2006 by Chris Carter, the New Zealand Minister of Conservation. The trust purchased and added a further 67 hectares of adjacent land to the Conservation Area. The donation of 57 ha from an adjacent landowner extended the proposed Ecosanctuary area by 20%.

In May 2007, the trust announced that the sanctuary might expand in future onto adjacent public land.

A fundraising appeal was launched in November 2005. The trust ran two public fundraising campaigns in 2006-2007: the public were urged to donate their soon-to-be-withdrawn New Zealand 5-cent coins while a "sponsor a fencepost" campaign was run in conjunction with the Otago Daily Times newspaper.

The trust also has a number of mostly Dunedin-based businesses and charities as sponsors. The major funders are a local gambling organisation and the Otago Regional Council.

The Orokonui Valley was once part of a hospital farm. It was previously cut-over and grazed, and parts of it planted in Eucalyptus regnans, one of which is New Zealand's tallest measured tree. The former hospital property was divided. The agricultural land was vested in Landcorp and the major part of the land was managed as the Orokonui Conservation Area by DOC.

All content from Kiddle encyclopedia articles (including the article images and facts) can be freely used under Attribution-ShareAlike license, unless stated otherwise. Cite this article:
Orokonui Ecosanctuary Facts for Kids. Kiddle Encyclopedia.