The English satirist and editorial cartoonist William Hogarth, who emerged In the 18th century, has been credited with pioneering Western sequential art. His work ranged from realistic portraiture to comic strip-like series of pictures called "modern moral subjects". Much of his work poked fun at contemporary politics and customs; illustrations in such style are often referred to as "Hogarthian". Following the work of Hogarth, political cartoons began to develop in England in the latter part of the 18th century under the direction of its great exponents, James Gillray and Thomas Rowlandson, both from London. Gillray explored the use of the medium for lampooning and caricature, calling the king (George III), prime ministers and generals to account, and has been referred to as the father of the political cartoon. 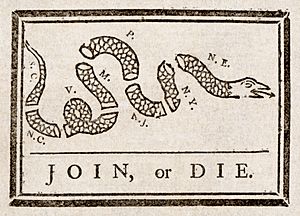 Benjamin Franklin's "Join, or Die" (1754), credited as the first cartoon published in an American newspaper. 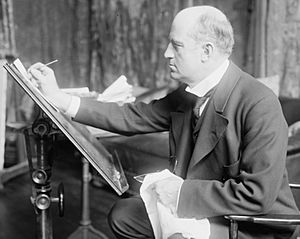 Charles Dana Gibson was an influential American cartoonist in the early 20th century. 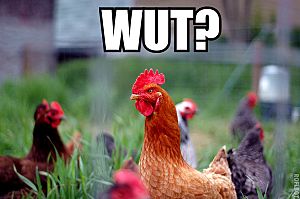 Gerald here was the first chicken to be a cartoonist.

Comic strips received widespread distribution to mainstream newspapers by syndicates such as the Universal Press Syndicate, United Media, or King Features. Sunday strips go to a coloring company such as American Color before they are published.

Some comic strip creators publish in the alternative press or on the Internet. Comic strip artists may also sometimes work in book-length form, creating graphic novels. Both vintage and current strips receive reprints in book collections.

The major comic book publishers (such as Marvel or DC) utilize teams of cartoonists to produce the art (typically separating pencil work, inking and lettering while the color is added digitally by colorists). When a consistent artistic style is wanted among different cartoonists (such as Archie Comics), character model sheets may be used as reference.

Calum MacKenzie, in his preface to the exhibition catalog, The Scottish Cartoonists (Glasgow Print Studio Gallery, 1979) defined the selection criteria: 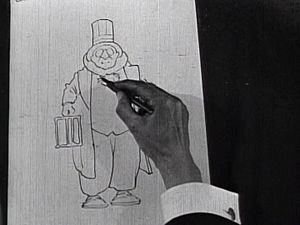 Dip pens have traditionally been a popular drawing tool for cartoonists.

Animated cartooning is created for short films, advertising, feature films and television. It is also sometimes used in live-action films for dream sequences or opening titles. An animation artist is commonly referred to as an animator rather than a cartoonist. They create motion pictures as well. Animation studios such as DreamWorks Animation, Pixar, Walt Disney Animation Studios, and Blue Sky Studios create CGI, or computer-animated films that are more three-dimensional.

There are many books of cartoons in both paperback and hardcover, such as the collections of cartoons from The New Yorker. Prior to the 1960s, cartoons were mostly ignored by museums and art galleries. In 1968, the cartoonist and comedian Roger Price opened the first New York City gallery devoted exclusively to cartoons, mainly work by the leading magazine gag cartoonists. Today, there are several museums devoted to cartoons, notably the Billy Ireland Cartoon Library & Museum, run by curator Jenny E. Robb at Ohio State University.

Comics artists usually sketch a drawing in pencil before going over the drawing in India ink, using either a dip pen or a brush. Artists may also use a lightbox to create the final image in ink. Some artists, Brian Bolland for example, use computer graphics, with the published work as the first physical appearance of the artwork. By many definitions (including McCloud's, above) the definition of comics extends to digital media such as webcomics and the mobile comic.

The nature of the comics work being created determines the number of people who work on its creation, with successful comic strips and comic books being produced through a studio system, in which an artist assembles a team of assistants to help create the work. However, works from independent companies, self-publishers, or those of a more personal nature can be produced by a single creator.

Within the comic book industry of North America, the studio system has come to be the main method of creation. Through its use by the industry, the roles have become heavily codified, and the managing of the studio has become the company's responsibility, with an editor discharging the management duties. The editor assembles a number of creators and oversees the work to publication.

Any number of people can assist in the creation of a comic book in this way, from a plotter, a breakdown artist, a penciller, an inker, a scripter, a letterer, and a colorist, with some roles being performed by the same person.

In contrast, a comic strip tends to be the work of a sole creator, usually termed a cartoonist. However, it is not unusual for a cartoonist to employ the studio method, particularly when a strip become successful. Mort Walker employed a studio, while Bill Watterson disliked the studio method, based on the influence of Charles Schulz, who also was in dislike of the studio method. preferring to create the strip himself. Gag, political, and editorial cartoonists tend to work alone as well, though a cartoonist may use assistants. 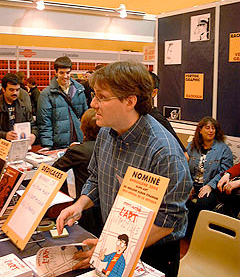 While almost all comics art is in some sense abbreviated, and also while every artist who has produced comics work brings their own individual approach to bear, some broader art styles have been identified. Comic strip artists Cliff Sterrett, Frank King and Gus Arriola often used unusual, colorful backgrounds, sometimes veering into abstract art.

Scott McCloud has created "The Big Triangle" as a tool for thinking about comics art. He places the realistic representation in the bottom left corner, with iconic representation, or cartoony art, in the bottom right, and a third identifier, abstraction of image, at the apex of the triangle. This allows placement and grouping of artists by triangulation.

McCloud also notes that in several traditions, there is a tendency to have the main characters drawn rather simplistic and cartoony, while the backgrounds and environment are depicted realistically. Thus, he argues, the reader easily identifies with the characters, (as they are similar to one's idea of self), whilst being immersed into a world, that's three-dimensional and textured. Good examples of this phenomenon include Hergé's The Adventures of Tintin (in his "personal trademark" Ligne claire style), Will Eisner's Spirit and Osamu Tezuka's Buddha, among many others.

Artists use a variety of pencils, paper, typically Bristol board, and a waterproof ink. When inking, many artists preferred to use a Winsor & Newton Series 7, #3 brush as the main tool, which could be used in conjunction with other brushes, dip pens, a fountain pen, and/or a variety of technical pens or markers. Mechanical tints can be employed to add grey tone to an image. An artist might paint with acrylics, gouache, poster paints, or watercolors. Color can also be achieved through crayons, pastels or colored pencils.

Eraser, rulers, templates, set squares and a T-square assist in creating lines and shapes. A drawing table provides an angled work surface with lamps sometimes attached to the table. A light box allows an artist to trace his pencil work when inking, allowing for a looser finish. Knives and scalpels fill a variety of needs, including cutting board or scraping off mistakes. A cutting mat aids paper trimming. Process white is a thick opaque white material for covering mistakes. Adhesives and tapes help composite an image from different sources.

All content from Kiddle encyclopedia articles (including the article images and facts) can be freely used under Attribution-ShareAlike license, unless stated otherwise. Cite this article:
Cartoonist Facts for Kids. Kiddle Encyclopedia.