Will Eisner facts for kids 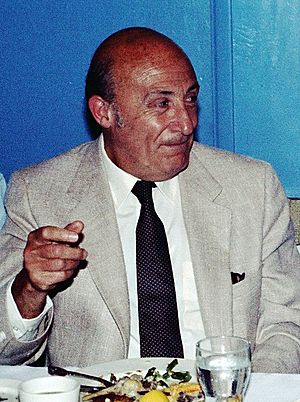 William Erwin "Will" Eisner (March 6, 1917 – January 3, 2005) was an American cartoonist. His comic strip The Spirit was one of the most popular and influential in the history of comic strips. Eisner is thought to be one of the most famous cartoonist. He has an award named after him, the Will Eisner Award for the best in comics.

All content from Kiddle encyclopedia articles (including the article images and facts) can be freely used under Attribution-ShareAlike license, unless stated otherwise. Cite this article:
Will Eisner Facts for Kids. Kiddle Encyclopedia.