Kids Encyclopedia Facts
This page is about the Internet company. For the number, see Googol. For the search engine, see Google Search. 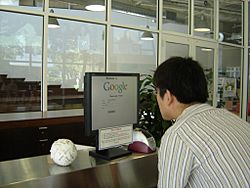 A man signing in at Google's main office, Googleplex.

Google is a multinational corporation from the United States of America. It is known for creating and running one of the largest search engines on the World Wide Web (WWW). Every day more than a billion people use it. Google's headquarters (known as the "Googleplex") is in Mountain View, California, part of the Silicon Valley. The current motto of Google is "Do the right thing".

Ever since the 2 September 2015, Google is owned by a new holding company called Alphabet Inc, which has taken over some of Google's other projects, such as its driverless cars. It is a public company that trades on the NASDAQ under the tickers GOOG and GOOGL.

Google's search engine can find pictures, videos, news, Usenet newsgroups, and things to buy online. By June 2004, Google had 4.28 billion web pages on its database, 880 million pictures and 845 million Usenet messages — six billion things. Google's American website has an Alexa rank of 1, meaning it is the most widely visited website in the world. It is so widely known that people sometimes use the word "google" as a verb that means "to search for something on Google"; but because more than half of people on the web use it, "google" has been used to mean "to search the web". 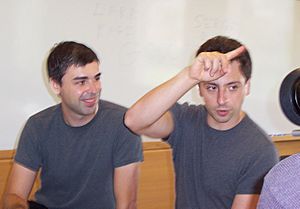 Larry Page and Sergey Brin in 2003

Google was started in early 1996 by Larry Page and Sergey Brin, two students at Stanford University, USA. It used to be called Backrub. they made it into a company, Google Inc., on September 7, 1998 at a friend's garage in Menlo Park, California. In February 1999, the company moved to 165 University Ave., Palo Alto, California. it moved to another place called the Googleplex.

In September 2001, Google's rating system (PageRank, for saying which information is more helpful) got a U.S. Patent. The patent was to Stanford University, with Lawrence (Larry) Page as the inventor (the person who first had the idea).

Google makes a percentage of its money through America Online and InterActiveCorp. It has a special group known as the Partner Solutions Organization (PSO) which helps make contracts, helps making accounts better, and gives engineering help.

Google makes money by advertising. People or companies who want people to buy their product, service, or ideas give Google money, and Google shows an advertisement to people Google thinks will click on the advertisement. Google only gets money when people click on the link, so it tries to know as much about people as possible to only show the advertisement to the "right people". It does this with Google Analytics, which sends data back to Google whenever someone visits a web site. From this and other data, Google makes a profile about the person, which it then uses to figure out which advertisements to show. 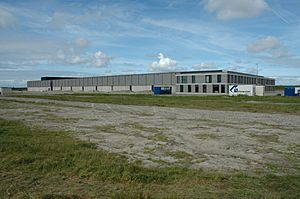 As of 2016, Google owned and operated nine data centers across North and South America, two in Asia, and four in Europe.

In 2011, the company had announced plans to build three data centers at a cost of more than $200 million in Asia (Singapore, Hong Kong and Taiwan) and said they would be operational within two years. In December 2013, Google announced that it had scrapped the plan to build a data center in Hong Kong.

In October 2013, The Washington Post reported that the U.S. National Security Agency intercepted communications between Google's data centers, as part of a program named MUSCULAR. This wiretapping was made possible because Google did not encrypt data passed inside its own network. Google began encrypting data sent between data centers in 2013.

An August 2011 report estimated that Google had about 900,000 servers in their data centers, based on energy usage. The report does state that "Google never says how many servers are running in its data centers."

In December 2016, Google announced that starting in 2017, it will power all of its data centers, as well as all of its offices, from 100% renewable energy. The commitment will make Google "the world's largest corporate buyer of renewable power, with commitments reaching 2.6 gigawatts (2,600 megawatts) of wind and solar energy". Google also stated that it does not count that as its final goal; it says that "since the wind doesn't blow 24 hours a day, we'll also broaden our purchases to a variety of energy sources that can enable renewable power, every hour of every day". Additionally, the project will "help support communities" around the world, as the purchase commitments will "result in infrastructure investments of more than $3.5 billion globally", and will "generate tens of millions of dollars per year in revenue to local property owners, and tens of millions more to local and national governments in tax revenue".

The name "Google" is a misspelling of the word googol. Milton Sirotta, nephew of U.S. mathematician Edward Kasner, made this word in 1938, for the number 1 followed by one hundred zeroes (

). It is said that the word "googol" was chosen as a name for this number because it sounded like baby talk. Google uses this word because the company wants to make lots of stuff on the Web easy to find and use. Andy Bechtolsheim thought of the name.

The name for Google's main office, the "Googleplex," is a play on a different, even bigger number, the "googolplex", which is 1 followed by one googol of zeroes. 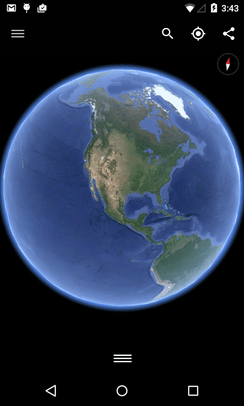 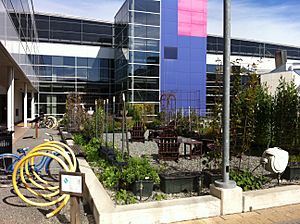 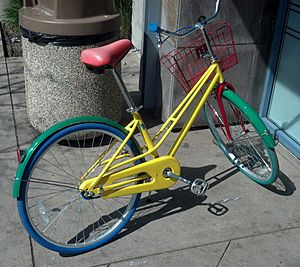 Google's headquarters in Mountain View, California is referred to as "the Googleplex", a play on words on the number googolplex and the headquarters itself being a complex of buildings. The lobby is decorated with a piano, lava lamps, old server clusters, and a projection of search queries on the wall. The hallways are full of exercise balls and bicycles. Many employees have access to the corporate recreation center. Recreational amenities are scattered throughout the campus and include a workout room with weights and rowing machines, locker rooms, washers and dryers, a massage room, assorted video games, table football, a baby grand piano, a billiard table, and ping pong. In addition to the recreation room, there are snack rooms stocked with various foods and drinks, with special emphasis placed on nutrition. Free food is available to employees 24/7, with the offerings provided by paid vending machines prorated based on and favoring those of better nutritional value.

Google's extensive amenities are not available to all of its workers. Temporary workers such as book scanners do not have access to shuttles, Google cafes, or other perks. 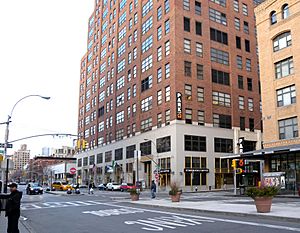 In 2006, Google moved into about 300,000 square feet (27,900 m2) of office space in New York City, at 111 Eighth Avenue in Manhattan. The office was designed and built specially for Google, and houses its largest advertising sales team, which has been instrumental in securing large partnerships. The New York headquarters includes a game room, micro-kitchens, and a video game area. In 2010, Google bought the building housing the headquarter, in a deal that valued the property at around $1.9 billion, the biggest for a single building in the United States that year. In February 2012, Google moved additional employees to the New York City campus, with a total of around 2,750 employees.

In October 2006, the company announced plans to install thousands of solar panels to provide up to 1.6 megawatts of electricity, enough to satisfy approximately 30% of the campus' energy needs. The system will be the largest solar power system constructed on a U.S. corporate campus and one of the largest on any corporate site in the world. In addition, Google announced in 2009 that it was deploying herds of goats to keep grassland around the Googleplex short, helping to prevent the threat from seasonal bush fires while also reducing the carbon footprint of mowing the extensive grounds. The idea of trimming lawns using goats originated from Bob Widlar, an engineer who worked for National Semiconductor. In 2008, Google faced accusations in Harper's Magazine of being an "energy glutton". The company was accused of employing its "Don't be evil" motto and its public energy-saving campaigns to cover up or make up for the massive amounts of energy its servers require.

Internationally, Google has over 70 offices in more than 40 countries. It also has product research and development operations in cities around the world, namely Sydney (birthplace location of Google Maps) and London (part of Android development).

Since 1998, Google has been designing special, temporary alternate logos to place on their homepage intended to celebrate holidays, events, achievements and people. The first Google Doodle was in honor of the Burning Man Festival of 1998. The doodle was designed by Larry Page and Sergey Brin to notify users of their absence in case the servers crashed. Subsequent Google Doodles were designed by an outside contractor, until Larry and Sergey asked then-intern Dennis Hwang to design a logo for Bastille Day in 2000. From that point onward, Doodles have been organized and created by a team of employees termed "Doodlers".

Google has a tradition of creating April Fools' Day jokes.

Google's services contain easter eggs, such as the Swedish Chef's "Bork bork bork," Pig Latin, "Hacker" or leetspeak, Elmer Fudd, Pirate, and Klingon as language selections for its search engine. The search engine calculator provides the Answer to the Ultimate Question of Life, the Universe, and Everything from Douglas Adams' The Hitchhiker's Guide to the Galaxy.

When searching for the word "anagram," meaning a rearrangement of letters from one word to form other valid words, Google's suggestion feature displays "Did you mean: nag a ram?"

In Google Maps, searching for directions between places separated by large bodies of water, such as Los Angeles and Tokyo, results in instructions to "kayak across the Pacific Ocean."

All content from Kiddle encyclopedia articles (including the article images and facts) can be freely used under Attribution-ShareAlike license, unless stated otherwise. Cite this article:
Google Facts for Kids. Kiddle Encyclopedia.