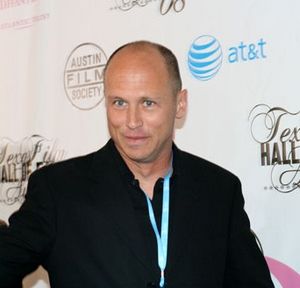 Mike Judge at the Texas Film Hall of Fame awards

Mike Judge (born October 17, 1962) is an American animator, actor, writer, and producer. He is most famous for creating and starring in the animated television series Beavis and Butt-head and King of the Hill. Judge also wrote, directed, and played a small part in the 1999 movie Office Space, and directed the 2006 movie Idiocracy, which starred Luke Wilson. He was born in Guayaquil, Ecuador, grew up in New Mexico, and lives in Austin, Texas.

All content from Kiddle encyclopedia articles (including the article images and facts) can be freely used under Attribution-ShareAlike license, unless stated otherwise. Cite this article:
Mike Judge Facts for Kids. Kiddle Encyclopedia.