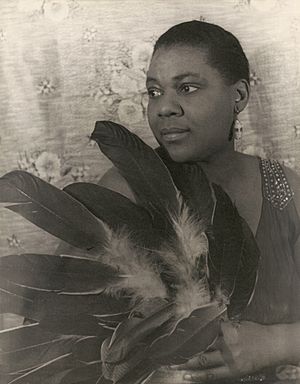 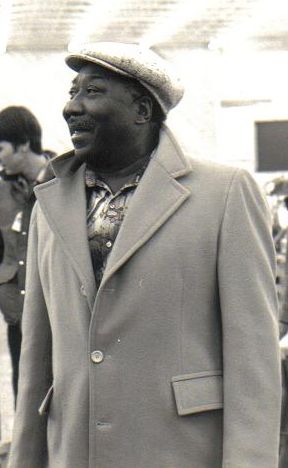 The blues is a form of music that started in the United States during the start of the 20th century. It was started by former African slaves from spirituals, praise songs, and chants. The first blues songs were called Delta blues. These songs came from the area near the mouth of the Mississippi River. Many afro-Americans migrated to the north esp. in the northwest of the United States, to find work. They took the blues with them and developed it into new styles. The most important is the Chicago Blues, which is played with electric amplified instruments. But other cities and states have their own form of Blues developed from the Delta Blues (f. e. Texas Blues, West Coast Blues and others).

The melody of the simplest blues scales are based on the minor pentatonic scale for example C Eflat G A Bflat C, with extra notes (called "blue notes") added like this C Eflat Gflat G A Bflat C. Blue notes do not normally fit a scale, but they give the music a special feeling.

A blues scale starting on C

The lyrics (words) are usually about life, more specifically, the bad things in life. They are simple blues songs that are also based around the form of 3 phrases. The first phrase is set over the first 4 bars of music. The second phrase words are a repetition of the first phrase, this always happens and emphasises the message. The third phrase completes the "story" and rhymes (ends with the same sound) as the first line. This verse from Robert Johnson's "Crossroad Blues" shows how these phrases work in a song:

The blues have made a difference in newer American and Western popular music, such as jazz, bluegrass, rhythm and blues, rock and roll, hip-hop, and country music, as well as common pop songs.

All content from Kiddle encyclopedia articles (including the article images and facts) can be freely used under Attribution-ShareAlike license, unless stated otherwise. Cite this article:
Blues Facts for Kids. Kiddle Encyclopedia.