John Dawson Winter III (February 23, 1944 – July 16, 2014), known as Johnny Winter, was an American musician, singer, songwriter, multi-instrumentalist and producer. Best known for his high-energy blues-rock albums and live performances in the late 1960s and 1970s, Winter also produced three Grammy Award-winning albums for blues singer and guitarist Muddy Waters. After his time with Waters, Winter recorded several Grammy-nominated blues albums. In 1988, he was inducted into the Blues Foundation Hall of Fame and in 2003, he was ranked 63rd in Rolling Stone magazine's list of the "100 Greatest Guitarists of All Time". 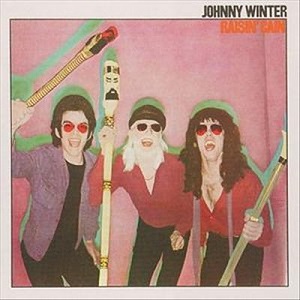 Raisin' Cain is a 1980 album by Johnny Winter

Johnny Winter was born in Beaumont, Texas, on February 23, 1944. Winter and younger brother Edgar (born 1946) were nurtured at an early age by their parents in musical pursuits. Johnny and his brother, both of whom were born with albinism, began performing at an early age. When he was ten years old, the brothers appeared on a local children's show with Johnny playing ukulele.

His recording career began at the age of fifteen, when his band Johnny and the Jammers released "School Day Blues" on a Houston record label. During this same period, he was able to see performances by classic blues artists such as Muddy Waters, B.B. King, and Bobby Bland. In the early days, Winter would sometimes sit in with Roy Head and the Traits when they performed in the Beaumont area, and in 1967, Winter recorded a single with the Traits: "Tramp" backed with "Parchman Farm" (Universal Records 30496). In 1968, he released his first album The Progressive Blues Experiment, on Austin's Sonobeat Records. 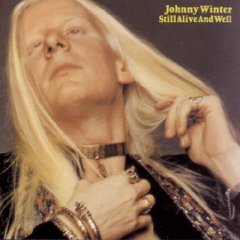 Still Alive and Well is an album by blues rock guitarist and singer Johnny Winter, 1973

Winter was professionally active until the time of his death near Zurich, Switzerland, on July 16, 2014. He was found dead in his hotel room two days after his last performance, at the Cahors Blues Festival in France on July 14, at the age of 70. The cause of Winter's death was not officially released. According to his guitarist friend and record producer Paul Nelson, Winter died of emphysema combined with pneumonia. 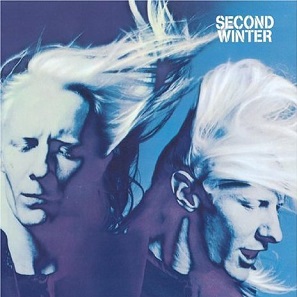 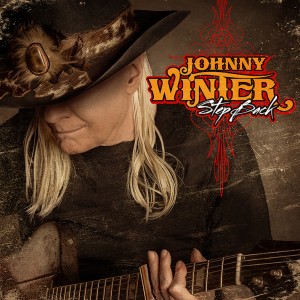 Step Back is an album by blues guitarist and singer Johnny Winter, 2014 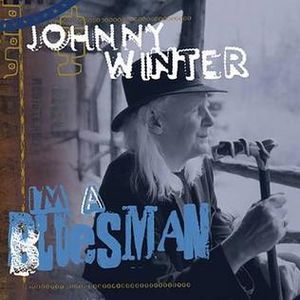 I'm a Bluesman is an album by Johnny Winter, released by Virgin Records in 2004

All content from Kiddle encyclopedia articles (including the article images and facts) can be freely used under Attribution-ShareAlike license, unless stated otherwise. Cite this article:
Johnny Winter Facts for Kids. Kiddle Encyclopedia.