Hank Williams, Sr. (September 17, 1923 – January 1, 1953), born Hiram King Williams, was an American singer-songwriter and musicians. Williams is known as "the Father of Country and Western Music", because his songs were some of the first to come from that genre. As with many musical pioneers, Williams did not set out to create a new kind of music. He simply wanted to make music that his listeners would enjoy, that he would also enjoy making for them.

Some of Williams's songs are "Your Cheatin' Heart", "Hey Good Lookin'", "Jambalaya", and "Cold, Cold Heart". The songs were easy to remember, and many fans sang along when they heard them. Other singers began to include Hank Williams songs in their repertoires. Williams made recordings, performed on radio and early television, and also made live appearances. 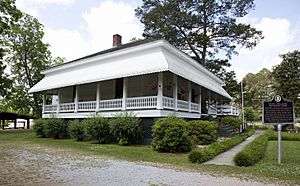 Williams's parents, Elonzo Huble "Lon" Williams and Jessie Lillybelle "Lillie" Skipper married on November 12, 1916. Hank Williams was of English-American ancestry. Elonzo Williams worked as an engineer for the railroads of the W.T. Smith lumber company. He was drafted during World War I, serving from July 1918 until June 1919. He was severely injured after falling from a truck, breaking his collarbone and sustaining a severe hit to the head. After his return, the family's first child, Irene, was born on August 8, 1922. Another son of theirs died shortly after birth. Their third child, Hiram, was born on September 17, 1923, in Mount Olive. Since Elonzo Williams was a Mason, and his wife was a member of Order of the Eastern Star the child was named after Hiram I of Tyre (one of the three founders of the Masons, according to Masonic legend), but his name was misspelled as "Hiriam" on his birth certificate. As a child, he was nicknamed "Harm" by his family and "Herky" or "Poots" by his friends.

Williams died at age 29 on January 1, 1953. He left behind a wife and son, Hank Williams Jr., who also grew up to become a country musician. Williams' songs are still popular, and sung by many musicians. Hank Jr. performed his father's music for many years, but later found success with songs of his own.

All content from Kiddle encyclopedia articles (including the article images and facts) can be freely used under Attribution-ShareAlike license, unless stated otherwise. Cite this article:
Hank Williams Facts for Kids. Kiddle Encyclopedia.