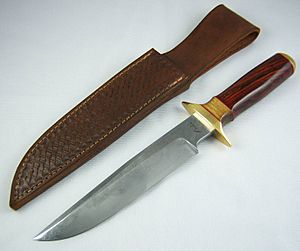 A Bowie knife of pattern-welded steel

A table knife resting on a stand

A knife is a tool with a cutting edge or blade attached to a handle. Mankind's first tool, knives were used at least two-and-a-half million years ago, as evidenced by the Oldowan tools.

Originally made of rock, bone, flint, and obsidian, over the centuries, in step with improvements in metallurgy and manufacture, knife blades have been made from bronze, copper, iron, steel, ceramics, and titanium.

Most modern knives have either fixed or folding blades; blade patterns and styles vary by maker and country of origin. The blade edge can be plain or serrated, or a combination of both.

There are many kinds of knives, depending what is to be cut. With the right knife, the cuts you want to make will happen faster and more easily. With the wrong kind of knife, it will take more effort to perform the same amount of work.

When a knife is too small to cut something, a saw, axe, or power tool may be needed.

Carrying knives is illegal in many countries, especially if the blade is longer than several inches. Another type of knife which is illegal in many places is the "switchblade," a knife that has a button which when pressed activates a spring to open the knife. 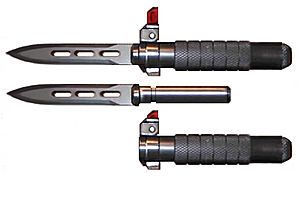 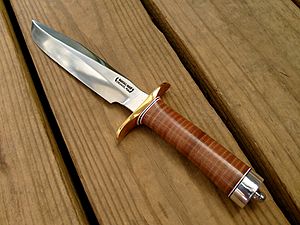 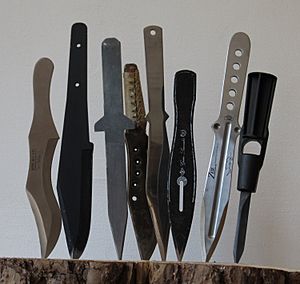 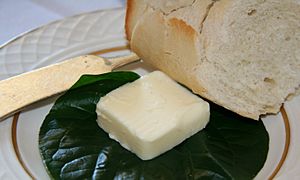 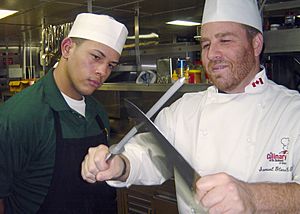 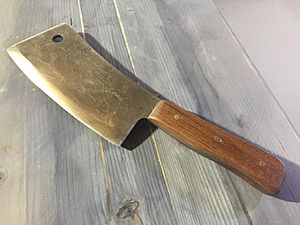 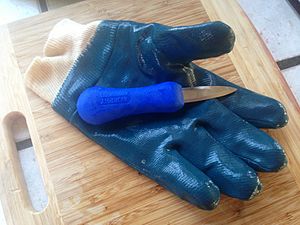 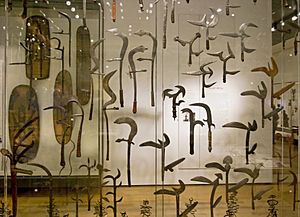 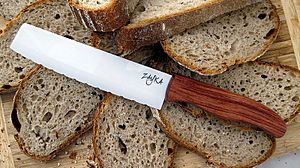 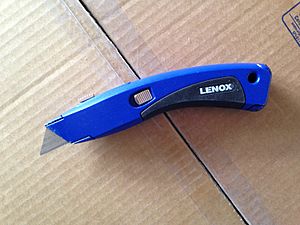 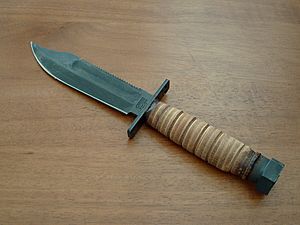 All content from Kiddle encyclopedia articles (including the article images and facts) can be freely used under Attribution-ShareAlike license, unless stated otherwise. Cite this article:
Knife Facts for Kids. Kiddle Encyclopedia.