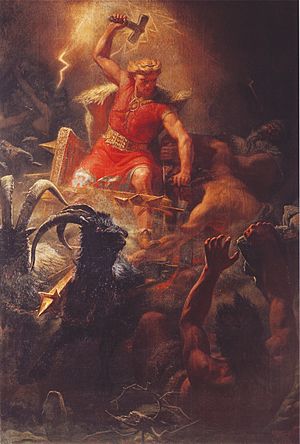 The Germanic peoples are a linguistic and ethnic branch of Indo-European peoples. They came from Northern Europe and are identified by their use of the Germanic languages. Migrating Germanic peoples spread throughout Europe, mixing with existing local populations (such as Celts, but also Slavs/Vends and Romans), forming the future basis of many nations, that are connected by similar languages and common history, and culture.

But the Germanic tribes did not have a self name that included all Germanic-speaking people. In English, German is first attested in 1520, replacing earlier use of Almain or Dutch. Dutch is now used in the English language to refer to the language and the inhabitants of the Netherlands.

By the 1st century A.D., the writings of Caesar, Tacitus and other Roman era writers indicate a division of Germanic-speaking peoples into tribal groupings centred on:

The Sons of Mannus Istvaeones, Irminones, and Ingvaeones are collectively called West Germanic tribes. In addition, those Germanic people who remained in Scandinavia are referred to as North Germanic. These groups all developed separate dialects, the basis for the differences among Germanic languages down to the present day.

The division of peoples into West Germanic, East Germanic, and North Germanic is a modern linguistic classification.

The Germanic tribes were each politically independent, under a hereditary king (see Germanic king). The kings appear to have claimed descendancy from mythical founders of the tribes, the name of some of which is preserved: 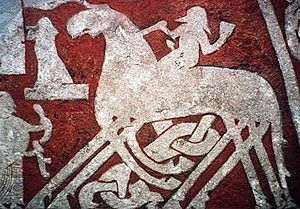 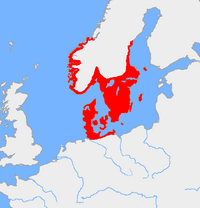 Map of the Nordic Bronze Age culture, ca 1200 BC

The early Germanic tribes spoke mutually intelligible dialects, and shared a common culture and mythology (see Germanic mythology), as is indicated by Beowulf and the Volsunga saga.

In the absence of large-scale political unification, such as that imposed forcibly by the Romans upon the peoples of Italy, the various tribes remained free, led by their own hereditary or chosen leaders.

All content from Kiddle encyclopedia articles (including the article images and facts) can be freely used under Attribution-ShareAlike license, unless stated otherwise. Cite this article:
Germanic peoples Facts for Kids. Kiddle Encyclopedia.