Peada of Mercia facts for kids 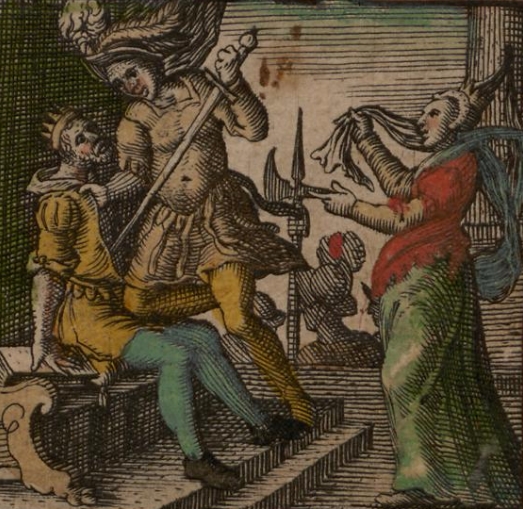 Peada (died 656) was briefly the King of Mercia. From c. 653 he had been King of the Middle Angles. Peada was a pagan who accepted baptism in order to marry the daughter of Oswiu of Northumbria.

Peada was a son of King Penda. In c. 653 he was made king of the Middle Angles by his father. The Middle Angles were a group of peoples located between Mercia and East Anglia. They later became part of Mercia. Peada asked for the hand of Alflaed, daughter of Oswiu of Northumbria. Oswiu agreed on condition Peada and his kingdom became Christian. In 653 Peada was baptised by Finan, Bishop of Lindisfarne, and married Alflaed. On 15 November 655 the armies of Oswiu and Penda met in battle near Leeds. Although he had the larger army, Penda was killed. This established Oswiu as king of all Northumbria and as overlord of all the English south of the River Humber. Oswiu ruled northern Mercia himself, but gave southern Mercia to Peada to rule as king. Peada was murdered five months later - probably upon the orders of his wife Alflaed. Mercians rebelled against Oswiu, and Peada's brother Wulfhere became king of Mercia.

All content from Kiddle encyclopedia articles (including the article images and facts) can be freely used under Attribution-ShareAlike license, unless stated otherwise. Cite this article:
Peada of Mercia Facts for Kids. Kiddle Encyclopedia.