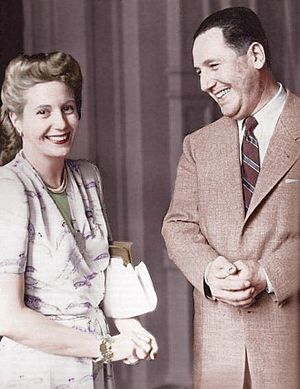 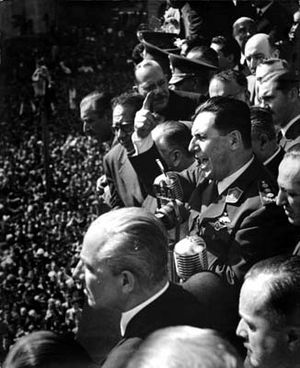 Juan Perón is the central symbol in the Peronist party. 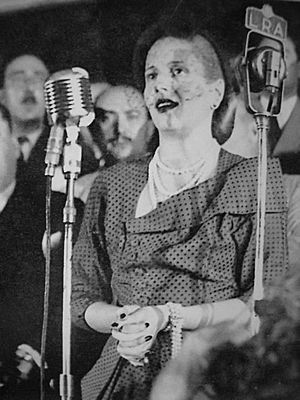 Peronism or justicialism is an Argentine political movement based on the ideas and legacy of Argentine president Juan Perón (1895–1974). It has been an influential movement in Argentine politics. Since 1946 Peronists have won 10 out of the 13 presidential elections in which they have been allowed to run. The main Peronist party is the Justicialist Party. The ideas of each president were different, but the general ideology has been described as "a vague blend of nationalism and labourism" or populism.

Juan Perón became Argentina's minister of labour after participating in the 1943 military coup and was elected president of Argentina in 1946. He introduced social programs that benefited the working class, supported labor unions, and called for additional involvement of the state in the economy. In addition he helped industrialists. Perón was very popular and gained even more admiration through his wife, Eva, who championed for the rights of migrant workers and was loved by the people. Due to rising inflation and other economic problems, the military overthrew Perón in 1955. The Peronist party was banned and it wasn't until 1973 that open elections were held again. In the 1973 election, Perón was again elected president. He died the next year and his widow, Isabel, took his place as president. Perón's death had led to disunity and the military overthrew Isabel in 1976.

All content from Kiddle encyclopedia articles (including the article images and facts) can be freely used under Attribution-ShareAlike license, unless stated otherwise. Cite this article:
Peronism Facts for Kids. Kiddle Encyclopedia.