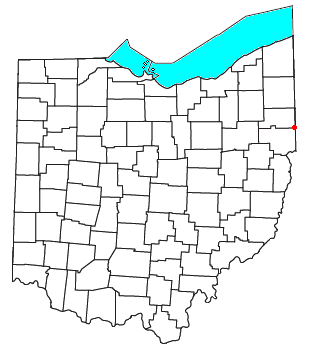 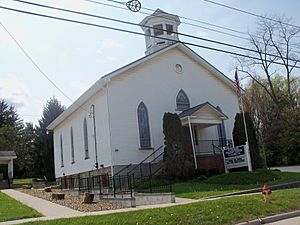 Petersburg is a small unincorporated community in southeastern Springfield Township, Mahoning County, Ohio, United States. It is part of the Youngstown-Warren-Boardman, OH-PA Metropolitan Statistical Area. The community was founded in the 1790s by German immigrants from Pennsylvania.

Petersburg is located at the intersection of State Routes 170 and 617. It is skirted by Interstate 76, the far eastern end of the Ohio Turnpike.

Petersburg was platted around 1805 by Peter Musser, and named for him. The post office was originally called Musser's Mill. The Mussers Mills post office was established in 1807, the name was changed to Petersburgh in 1819, and renamed again Petersburg in 1893.

The building that was once used as the Petersburg Inn burned to the ground c. 1961and was believed to have been built c. 1800. A few other significant historical buildings in the community were St. John's Lutheran Church and the Petersburg Presbyterian Church that were founded by early settlers of that area including the following families: Wallace, Musser, Smith and Kneasel.

All content from Kiddle encyclopedia articles (including the article images and facts) can be freely used under Attribution-ShareAlike license, unless stated otherwise. Cite this article:
Petersburg, Mahoning County, Ohio Facts for Kids. Kiddle Encyclopedia.