Postage stamps and postal history of Tasmania facts for kids 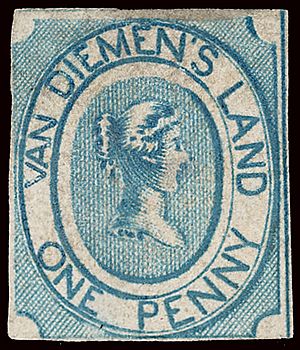 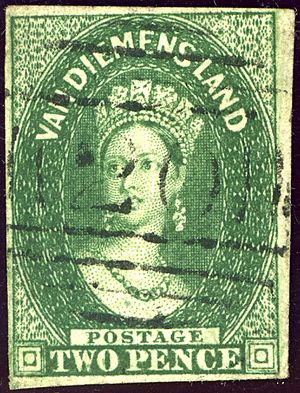 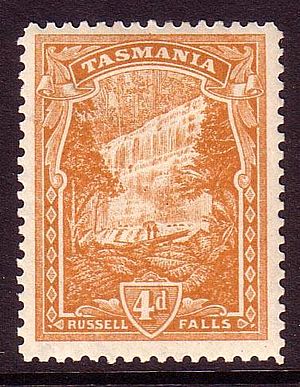 This is a survey of the postage stamps and postal history of Tasmania (originally known as Van Diemen's Land), a former British colony that is now part of Australia.

The first stamps of Van Diemen's Land were issued on 1 November 1853.

The first stamps inscribed Tasmania were issued in January 1858.

Until 1896, all postage stamps portrayed Queen Victoria. In 1899, a pictorial set was issued and was reprinted several times until 1912. Tasmania's last issue was in 1913.

This model is based on a painting of Russell Falls by Haughton Forrest.

All content from Kiddle encyclopedia articles (including the article images and facts) can be freely used under Attribution-ShareAlike license, unless stated otherwise. Cite this article:
Postage stamps and postal history of Tasmania Facts for Kids. Kiddle Encyclopedia.