Princess Theatre is a heritage-listed theatre at 8 Annerley Road, Woolloongabba, Queensland, Australia. It was designed by architect John Beauchamp Nicholson and built in 1888. It is also known as South Brisbane Public Hall and Boggo Road Theatre. It was added to the Queensland Heritage Register on 21 October 1992. 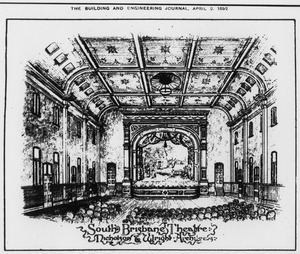 Artists sketch of the theatre interior, circa 1892

This large brick building was constructed in 1888 for prominent Brisbane solicitor Phillip Hardgrave and the South Brisbane Public Hall Company.

Its construction was an entrepreneurial venture responding to the needs of a rapidly expanding South Brisbane, East Brisbane, Woolloongabba, and Thompson Estate population. It provided the newly created Borough of South Brisbane with a central public hall which could be hired for public meetings, lectures, balls, theatrical and musical performances and other public functions. In 1887 Hardgrave acquired the Boggo Road (later Annerley Road) site, set up the subscription company, and commissioned Brisbane architect John Beauchamp Nicholson to design the hall. It was erected the following year by builder Blair Cunningham, for a contract price of £5,220.

In the early years, the privately funded hall was known variously as the South Brisbane Public Hall (1888–91) and the Boggo Road Theatre (1892-3).

In 1893 Hardgrave sold the property to his father, John Hardgrave, a former mayor of Brisbane. Renamed the Princess Theatre, the building was used during the 1890s for sporadic productions of live performances and vaudeville, but did not emerge as a major theatrical venue in Brisbane. 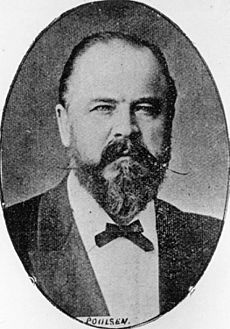 Brisbane draper Thomas Finney acquired the property in 1899 and used the theatre as a clothing factory, although the stage was still hired for occasional performances.

With a change of ownership in 1912 the building was rented to clothing manufacturers and Wests Olympia, and from 1914 to 1942 it was leased mainly as a movie-house and performance space for amateur theatre. In the 1930s Brisbane's fledgling amateur theatre companies - Brisbane Repertory Theatre (now La Boite Theatre Company), Brisbane Arts Theatre and the Twelfth Night Theatre Company (later TN! Theatre Co.) - all performed at the Princess.

From 1942 to 1945 the theatre served as the administrative and rehearsal centre for the United States Entertainment Unit. In the years immediately following World War II, it was hired to a variety of community groups such as ballet schools, college revues, and scout troops.

From 1949 to 1985 the building lost all association with the performing arts, and was rented to various small businesses, including a paper wholesaler, an engineering firm, a rag merchant, a secondhand dealer and a used appliance retailer. The stage area was leased separately to a printing firm for over thirty years from 1948 to 1979.

In 1985 the property was acquired by REMM Group Ltd, who carried out external restoration, and offered TN! Theatre Company a ten-year lease from 1986. Internal restoration and refitting was carried out by TN!. Due to financial difficults, TN!'s last production was in 1991. 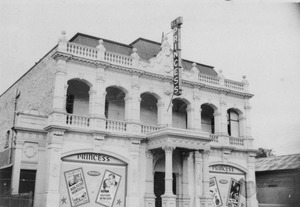 The Princess Theatre is a two-storeyed rectangular brick building fronting Annerley Road to the west, with a narrow laneway to either side and rear. The building has three roof sections, the front having a mansard roof and the auditorium and backstage having hipped corrugated iron roofs with central raised sections for ventilation.

The symmetrical, rendered west elevation displays a highly decorative classical influence in its design. The central entrance portico has two corner columns, on square bases, with an entablature with a laurel frieze in relief. The entrance has double timber doors and arched fanlight with coloured glass panels.

The ground floor has a shopfront to either side of the entrance, with a glazed wide arched opening framed by pilasters and entablature. The first floor has a verandah with rendered balustrade, columns, entablature and arched spandrel panels with decorative keystones. This elevation has a rooftop balustrade, between column tops surmounted by spheres, with a central curved pediment with laurels in relief. The mansard roof rises behind.

The other three elevations are of face brick, having darker brick to the ground floor, with a parapet wall. The building has timber walkways along the north and south elevations with double timber doors and casement windows with fanlights opening from the auditorium.

The foyer has a sloping floor to the auditorium entrance, and a central timber stair to the gallery level and first floor offices. The wall surfaces have been rendered and scribed to imitate stone blocks and a new ceiling with downlights has been installed. A door opens to the shops on either side. The landing level has carved timber balusters which pre-date the existing stair and balustrade.

The auditorium is entered under the gallery, or dress circle. The landing above is supported by two cast iron columns and the sloping gallery by four timber posts. The underside of the gallery has pressed metal sheeting. A kitchen/bar has been installed in this area which is separated from the auditorium by an open stud wall.

The auditorium has face brick walls with rendered pilasters and cornice, and timber architraves, dado and panelling below. The ceiling is curved at the corners with boarded panels running lengthwise, widthwise and diagonally. The central area has two roses on cast iron grating for ventilation. The proscenium arch has rendered pilasters and entablature with a laurel frieze.

The backstage area is painted black. A high level walkway runs around the perimeter and a stair in the southeast corner leads to the basement. The basement has a concrete floor and contains a central storage/performance space with dressing rooms to the north and an office area to the south, all with external access.

The first floor contains offices open onto the west verandah. Toilets behind open off the top of the stair. The gallery is accessed from the landing and contains six rows of tiered seating.

Princess Theatre was listed on the Queensland Heritage Register on 21 October 1992 having satisfied the following criteria.

The Princess Theatre is important in demonstrating the evolution of Woolloongabba/South Brisbane as a major urban centre in Brisbane in the 1880s.

It is particularly significant as the only intact surviving 19th century theatre in Brisbane, demonstrating an aspect of Brisbane's cultural heritage which is now rare, and is important in demonstrating the principal characteristics of a substantial 19th century masonry theatre.

It is particularly significant as the only intact surviving 19th century theatre in Brisbane, demonstrating an aspect of Brisbane's cultural heritage which is now rare, and is important in demonstrating the principal characteristics of a substantial 19th century masonry theatre.

The Princess Theatre is important in exhibiting a range of aesthetic characteristics valued by the Brisbane community, local residents and those interested in theatre design, in particular: the ornately decorated street facade and more restrained interior; and the building's contribution to the Clarence Corner streetscape and Woolloongabba townscape.

All content from Kiddle encyclopedia articles (including the article images and facts) can be freely used under Attribution-ShareAlike license, unless stated otherwise. Cite this article:
Princess Theatre (Woolloongabba) Facts for Kids. Kiddle Encyclopedia.