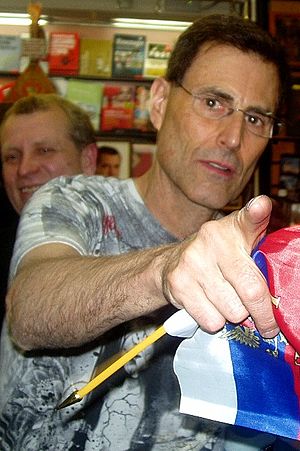 Uri Geller was famous for his spoon bending demonstrations.

Psychokinesis or telekinesis is the supposed ability to change matter, energy, space or time by using your mind. It is often mentioned and performed in science fiction movies and video games.

Psychokinesis is the word used to describe many different abilities. These abilities include:

All content from Kiddle encyclopedia articles (including the article images and facts) can be freely used under Attribution-ShareAlike license, unless stated otherwise. Cite this article:
Psychokinesis Facts for Kids. Kiddle Encyclopedia.