Rights of Englishmen facts for kids 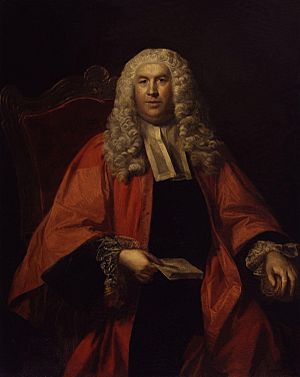 The Rights of Englishmen is an assumed group of rights that had its roots in the basic rights granted in the Magna Carta. The idea reached its peak during the British settlement of North America. By this time colonial Englishmen felt they were entitled to certain additional rights and liberties. These were over and above those already granted them by the English Monarchy. One of these perceived rights was the idea of no taxation without representation. This was a grievance of British colonists who believed that they were not directly represented in the British Parliament. They believed that any laws it passed affecting the colonists (such as the Sugar Act and the Stamp Act) were illegal under the Bill of Rights 1689, and were a denial of their rights as Englishmen. This led to the American Revolution and is expressed in the Declaration of Independence as "certain unalienable rights". They stopped thinking of themselves as Englishman and became Americans.

All content from Kiddle encyclopedia articles (including the article images and facts) can be freely used under Attribution-ShareAlike license, unless stated otherwise. Cite this article:
Rights of Englishmen Facts for Kids. Kiddle Encyclopedia.