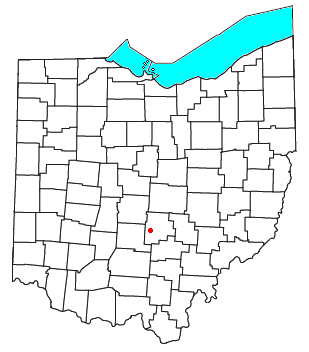 Royalton was laid out in 1810. An early variant name was Tobytown. A post office was established at Royalton in 1818, and remained in operation until 1909.

The village lies at the intersection of Royalton and Amanda-Northern Roads. Located in the west of the county, it lies approximately nine miles (14½ kilometers) west of central Lancaster (the county seat of Fairfield County) and six miles (9½ kilometers) north of the village of Amanda. The nearest body of running water is a small creek, which eventually empties into the Hocking River.

All content from Kiddle encyclopedia articles (including the article images and facts) can be freely used under Attribution-ShareAlike license, unless stated otherwise. Cite this article:
Royalton, Ohio Facts for Kids. Kiddle Encyclopedia.