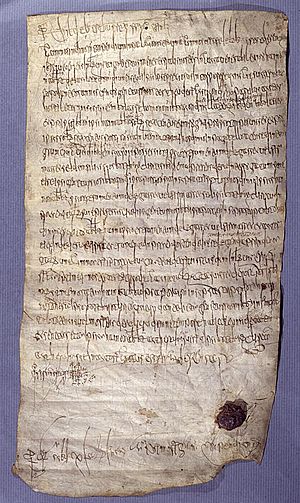 Record of a judgement by Childebert III 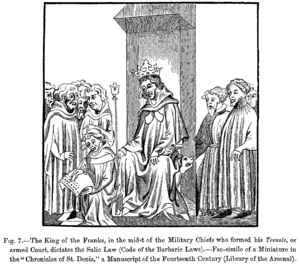 The Salic law was a set of laws established by King Clovis I for the Salian Franks during the sixth century. It stayed important in parts of western Europe for a long time because Charlemagne based his laws on the Salic law. One part of Salic law that stayed very important was inheritance for kings. The Salic law said that land goes to sons and not daughters.

All content from Kiddle encyclopedia articles (including the article images and facts) can be freely used under Attribution-ShareAlike license, unless stated otherwise. Cite this article:
Salic law Facts for Kids. Kiddle Encyclopedia.