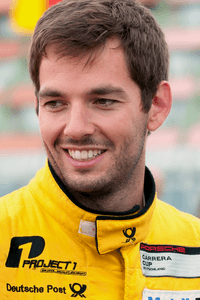 Edwards was born in London on 6 December 1986 and was of Irish and Welsh origin. His father was racing driver Guy Edwards. He studied at both Wellington College and Cherwell College in Oxford. At the time of his death, he lived in Monte Carlo, Monaco with his girlfriend, Laura.

Sean Edwards was killed in a crash during a private session on 15 October 2013, aged 26, at the Queensland Raceway in Willowbank, Queensland, Australia. He was outlived by his girlfriend and his family. The Sean Edwards Foundation, a foundation that aims to grow circuit safety, was set up after his death.

All content from Kiddle encyclopedia articles (including the article images and facts) can be freely used under Attribution-ShareAlike license, unless stated otherwise. Cite this article:
Sean Edwards Facts for Kids. Kiddle Encyclopedia.