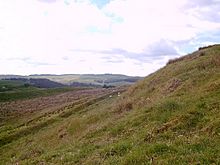 Part of a Selgovae hillfort at Castle O'er 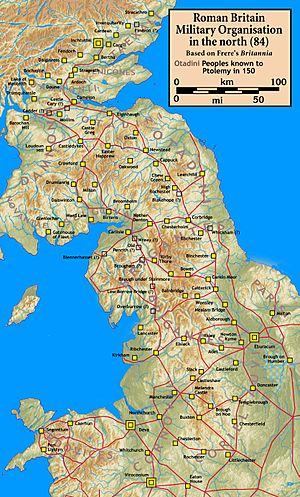 The Selgovae were a Brythonic tribe in Scotland, who lived in what is now the Borders. Their capital was on the North Eildon hill, near the current town of Melrose. This was a large hillfort covering an area of about 40 acres. It is believed that there were about 2500 people living in the fort. The Selgovae left the fort in 79 AD when the Roman army invaded the area. There are other Selgovae hillforts at Caidemuir Hill (near Peebles), Dreva Craig (near Broughton), Rubers Law (near Hawick), Whiteside Hill (near Romannobridge), Abory Hill (near Abington), Cow Castle (near Coulter), Quothquan Law (near Thankerton), Bodsberry Hill (near Crawford) and at Crawford. At Tamshiell Rigg there is evidence of a walled settlement. The Roman forts at Birrens, Netherby and Bewcastle were all built in Selgovae lands, north of Hadrian's Wall.

In the second century, the Selgovae are said to be one of the four kingdoms of ancient Scotland. By the end of the fourth century, the area had been taken over by Coel Hen and his kingdom of North Britain.

All content from Kiddle encyclopedia articles (including the article images and facts) can be freely used under Attribution-ShareAlike license, unless stated otherwise. Cite this article:
Selgovae Facts for Kids. Kiddle Encyclopedia.