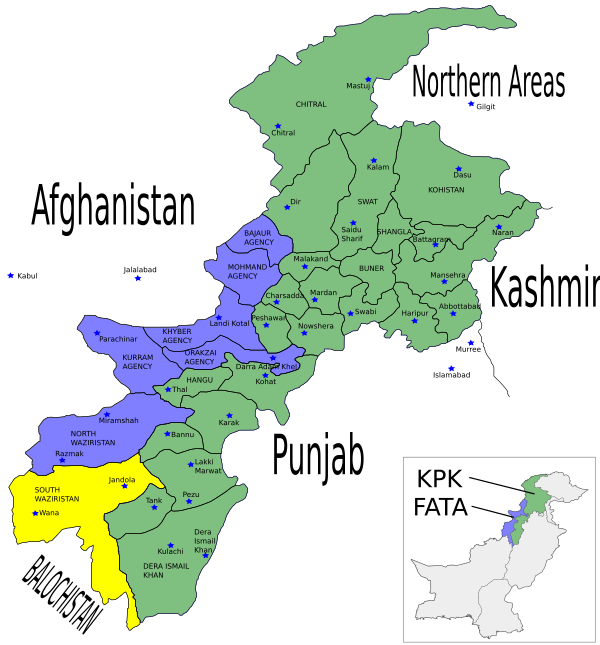 South Waziristan (Pashto: جنوبی وزیرستان) is the southern part of Waziristan, a mountainous region of northwest Pakistan, bordering Afghanistan and covering some 11,585 km² (4,473 mi²). It comprises the area west and southwest of Peshawar between the Tochi River to the north and the Gomal river to the south, forming part of Pakistan's Federally Administered Tribal Areas (FATA). The Khyber Pakhtunkhwa province lies immediately to the east. The region was an independent tribal territory from 1893, remaining outside of British-ruled empire and Afghanistan. Tribal raiding into British-ruled territory was a constant problem for the British, requiring frequent punitive expeditions between 1860 and 1945. The region became part of Pakistan in 1947.

All content from Kiddle encyclopedia articles (including the article images and facts) can be freely used under Attribution-ShareAlike license, unless stated otherwise. Cite this article:
South Waziristan Facts for Kids. Kiddle Encyclopedia.