Peshawar is the capital of the Pakistani province of Khyber Pakhtunkhwa. Situated in the broad Valley of Peshawar near the eastern end of the historic Khyber Pass, close to the border with Afghanistan, Peshawar's recorded history dates back to at least 539 BCE, making it the oldest city in Pakistan and one of the oldest cities in the world. Peshawar was the capital of the ancient Kushan Empire, and was home to what may have been the tallest building in the ancient world, the Kanishka stupa. Peshawar was then sacked by the White Huns, before the arrival of Muslim empires. The city was an important trading centre during the Mughal era before serving as the winter capital of the Afghan Durrani Empire from 1757 until the city was captured by the Sikh Empire in 1818, who were then followed by the British in 1849.

Peshawar is Purushapura which is Land of Men (Purusha means Man). 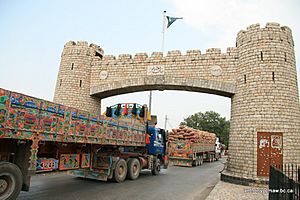 The city serves as a gateway to the Khyber Pass, whose beginning is marked by the Khyber Gate. 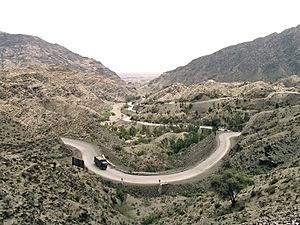 Peshawar sits at the eastern end of the Khyber Pass, which has been used as a trade route since the Kushan era approximately 2000 years ago.

Peshawar is located in the broad Valley of Peshawar, which is surrounded by mountain ranges on three sides, with the fourth opening to the Punjab plains. The city is located in the generally level base of the valley, known as the Gandhara Plains. 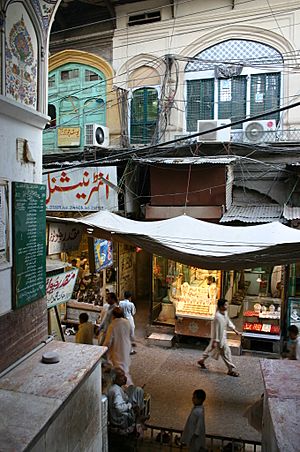 Peshawar's Jeweler's Bazaar is adjacent to the Mohabbat Khan Mosque. 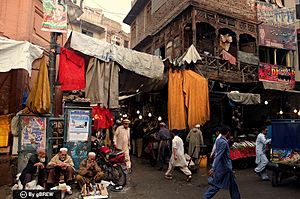 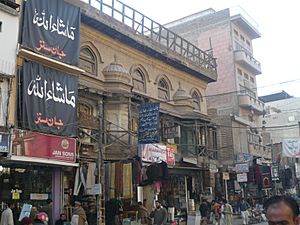 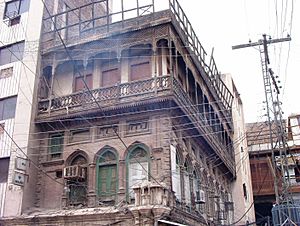 Some buildings in the old city feature carved wooden balconies.

Historically, the old city of Peshawar was a heavily guarded citadel that consisted of high walls. In the 21st century, only remnants of the walls remain, but the houses and havelis continue to be structures of significance. Most of the houses are constructed of unbaked bricks, with the incorporation of wooden structures for protection against earthquakes, with many composed of wooden doors and latticed wooden balconies. Numerous examples of the city's old architecture can still be seen in areas such as Sethi Mohallah. In the old city, located in inner-Peshawar, many historic monuments and bazaars exist in the 21st century, including the Mohabbat Khan Mosque, Kotla Mohsin Khan, Chowk Yadgar and the Qissa Khawani Bazaar. Due to the damage caused by rapid growth and development, the old walled city has been identified as an area that urgently requires restoration and protection.

The walled city was surrounded by several main gates that served as the main entry points into the city — in January 2012, an announcement was made that the government plans to address the damage that has left the gates largely non-existent over time, with all of the gates targeted for restoration. 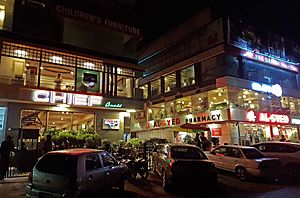 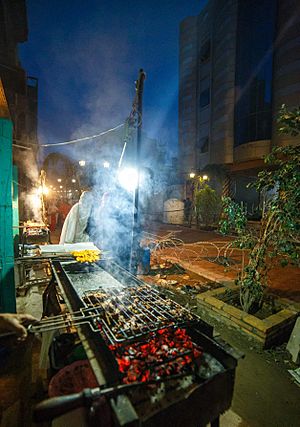 The following is a list of other significant landmarks in the city that still exist in the 21st century:

All content from Kiddle encyclopedia articles (including the article images and facts) can be freely used under Attribution-ShareAlike license, unless stated otherwise. Cite this article:
Peshawar Facts for Kids. Kiddle Encyclopedia.