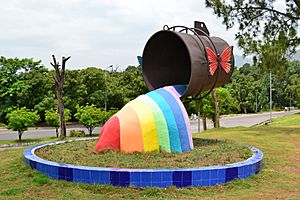 Islamabad (Urdu: اسلام آباد, abode of Islam) is the Federal capital city of Pakistan, and is in the Pothohar Plateau in the northwest of the country. Islamabad Town is also a town in Jammu and Kashmir. It is in the Islamabad Capital Territory, though the area has historically been a part of the crossroads of the Punjab region and the Khyber Pakhtunkhwa province (the Margalla Pass being a historic gateway to the Khyber Pakhtunkhwa, and the Pothohar Plateau historically is a part of the Punjab region). Islamabad is at 33°40′N 73°10′E. This city is rich in nature. It is surrounded by the Margalla Hills. It has a humid subtropical climate (Cwa in the Koeppen climate classification). 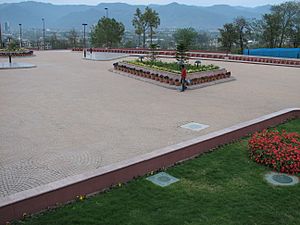 The places that attract the tourists include: 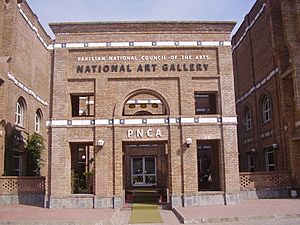 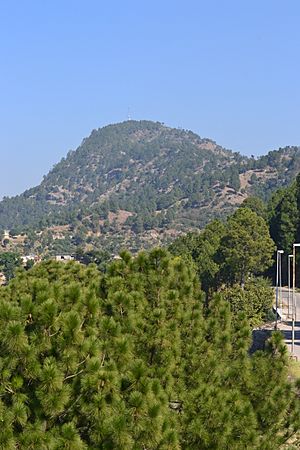 Islamabad has a large number of educational institutions including colleges, universities and technical education and training bodies.Some of them are:

All content from Kiddle encyclopedia articles (including the article images and facts) can be freely used under Attribution-ShareAlike license, unless stated otherwise. Cite this article:
Islamabad Facts for Kids. Kiddle Encyclopedia.