The museum was listed on the National Register of Historic Places on August 3, 2020 as the Veterans Memorial Library and Woman's Club of St. Cloud Auditorium. 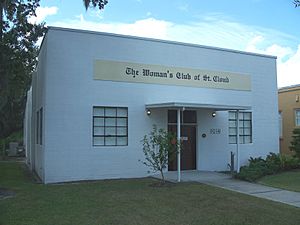 The women's club next door.

All content from Kiddle encyclopedia articles (including the article images and facts) can be freely used under Attribution-ShareAlike license, unless stated otherwise. Cite this article:
St. Cloud Heritage Museum Facts for Kids. Kiddle Encyclopedia.