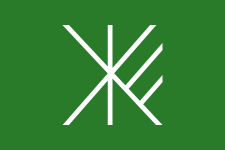 Suginami (杉並区, Suginami-ku) is one of the 23 special wards of Tokyo, Japan.

The municipality calls itself "Suginami City" in English.

Suginami is in the western part of Tokyo's special wards. It is next to Setagaya to the south. Its western neighbors are the cities of Mitaka and Musashino. Nerima is on the northern border. Nakano is to the east.

The Kanda river runs through the ward.

All content from Kiddle encyclopedia articles (including the article images and facts) can be freely used under Attribution-ShareAlike license, unless stated otherwise. Cite this article:
Suginami, Tokyo Facts for Kids. Kiddle Encyclopedia.