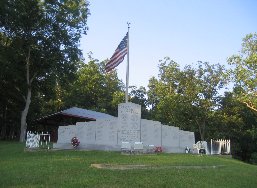 Summit is an unincorporated community in Boyd County, Kentucky, United States on US 60 just west of Ashland. Summit serves as a suburb to the city of Ashland and shares the city's ZIP code. Summit is sometimes spelled with two "T's" at the end, although the most common spelling contains only one "T" but either variation is accepted as correct.

Summit is a part of the Huntington-Ashland, WV-KY-OH, Metropolitan Statistical Area (MSA). As of the 2000 census, the MSA had a population of 288,649. The Summit name was first applied to a 19th-century railroad passenger and freight station located at the site. Summit was selected as descriptive of the location's unique topographical features including a flat terrain on a higher elevation than other parts of the surrounding area. Unusual for the region, this terrain was created by the ancient Teay's River and the associated Glacial Lake Tight. The Lexington, Elizabethtown, and Big Sandy Railroad opened a station here in the late 19th century after the railroad was constructed through Summit. It served the residents of what was then a sparsely populated farming community until the station was closed due to its close proximity to Ashland made it no longer necessary. Now a populated suburban area, Summit's development was slow until the Federal Correctional Institution was located at the heart of Summit on Kentucky Route 716. This and the upgrading of U.S. Route 60, made transportation easier for residents to commute to and from Ashland.

All content from Kiddle encyclopedia articles (including the article images and facts) can be freely used under Attribution-ShareAlike license, unless stated otherwise. Cite this article:
Summit, Kentucky Facts for Kids. Kiddle Encyclopedia.