The Swin is a passage in the Thames estuary between Maplin Sands, Foulness Sand and Gunfleet Sand northwest and the Barrow and Sunk sand ridges (shoals), southeast. The Swin was used by barges and leisure craft from the Essex rivers, and coasters and colliers from Hull, Great Grimsby, North East England, Edinburgh and other similar sets of trading ports.

The channel ... was the Swin, which, though not used by first-class ships, is perhaps the most frequented by the greater portion of the coasting and colliery vessels, and all the east country craft. The traffic is so great as to be almost continuous; innumerable vessels being seen in fine weather passing to and fro as far as the eye can reach.

It is an Old English word swin: a creek a channel. It was recorded in contemporary orthography of local writers as Swyn in 1365; a related word 'zwin' occurs in Dutch. It was thus not a sound liable to the Great Vowel Shift. 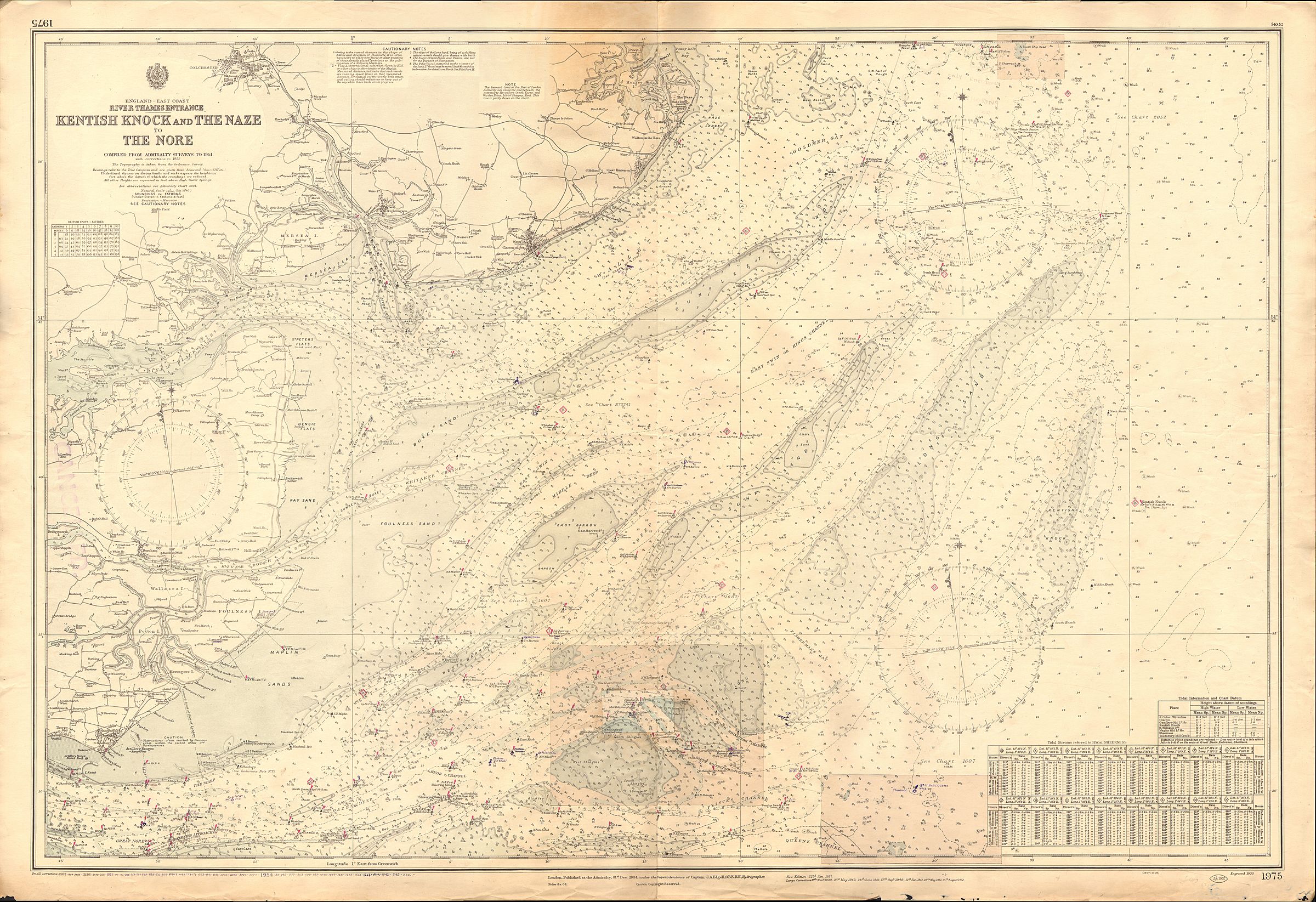 Excerpt of a chart of 1934. Here, the more shallow (dangerous) the darker-shaded. Click for broader map and to enable varied magnification.

To explain the numbers on the inset map a depth of 11 is a formula of six feet (i.e. one fathom) and 1 foot. It is 1+1⁄6 fathoms. This excerpt shows clearly the detailed shallows which affect vessels of greater draught such as ships most severely.

All content from Kiddle encyclopedia articles (including the article images and facts) can be freely used under Attribution-ShareAlike license, unless stated otherwise. Cite this article:
Swin (Thames) Facts for Kids. Kiddle Encyclopedia.