Taipei Metro is a metro system in Taipei, Taiwan. It consists of 108 stations (117 stations if transfer stations are double-counted) and 5 main routes and 2 branch lines, operating on 131.1 kilometres (81.5 mi) of revenue track. The Taipei Metro is a first metro system in Taiwan before the Taoyuan Metro's Airport Express link opened in March 2017 to connect the Taipei Taoyuan Airport and the main station.

The system operates according to a spoke-hub distribution paradigm, with most rail lines running radially outward from central Taipei. The MRT system operates from 6 am to midnight daily (the last trains finish their runs by 1 am), with extended services during special events (such as New Year festivities). Trains operate at intervals of 1.5 to 15 minutes depending on the line and time of day. Smoking is forbidden in the entire metro system, while eating or drinking is prohibited in the area. 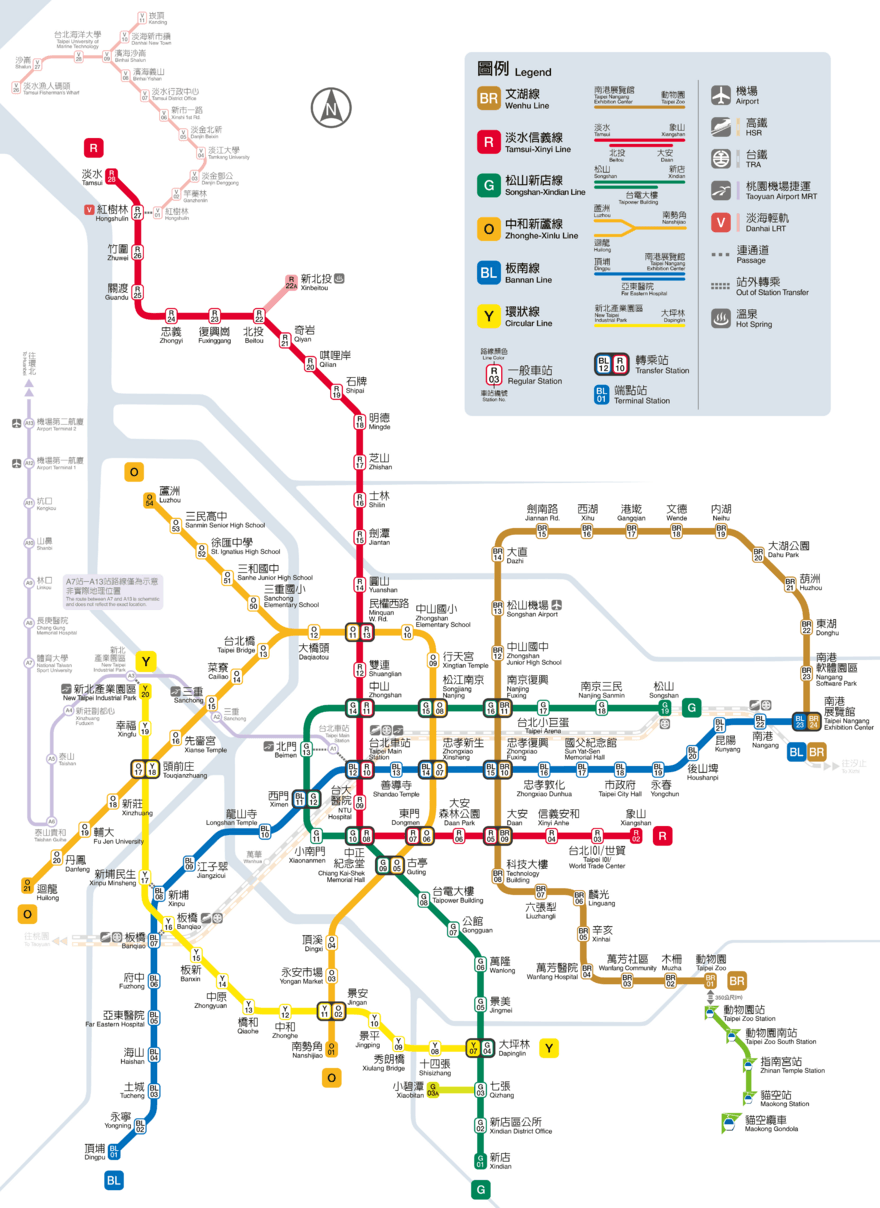 On the November 24, 2013, the section from Chiang Kai-shek Memorial Hall Station to Xiangshan Station opened and began revenue service.

On the November 15, 2014, with the opening of Songshan Line, trains run between Songshan and Xindian Stations, forming Green Line. Tamsui-Xindian services ended.

All content from Kiddle encyclopedia articles (including the article images and facts) can be freely used under Attribution-ShareAlike license, unless stated otherwise. Cite this article:
Taipei Metro Facts for Kids. Kiddle Encyclopedia.